When Aaron Shipley is in the mood to take photos, his favorite camera isn’t built into his phone. Instead, he reaches for his Canon FTB (35mm) or an old Zeiss (120).

“I’ve been into shooting film for 3 or 4 years now,” said Aaron, a sophomore at the University of Texas at Arlington. Aaron’s majoring in Music Industry Studies and minoring in Business Management. He’s also a Summer Intern with Downtown Arlington. “I’m really excited about analog art forms.”

As a member of the UTA Football Team, a campus organization committed to community-building through the arts, Aaron found a platform for exploring his many creative interests. “With so much art going digital, young people are really into art in the physical world,” said Aaron. “That’s one of the reasons Create Arlington has taken off. It provides a wonderful space that caters to artists, helps them build their network face-to-face, and gives them a physical place to show their work.”

Aaron and fellow Football Team member Garret Martin learned about an unused darkroom in the basement of the Arlington Museum of Art, and they immediately recognized its potential as a physical place for people to gather, learn and create. The AMA heartily agreed, and after staff members Kendall Quirk and Lily Williams cleared out the items being stored there, Aaron and UTA Football Team members rolled up their sleeves. They consulted with professional photographer Beth McHenry for tips on setting up a darkroom, and they raised money to purchase all the necessary processing supplies and a number of inexpensive film cameras. The refurbishing project wrapped up earlier this summer.

To test the space’s potential as a true Community Darkroom, Aaron and some fellow UTA Football Team members hosted an informal photo walk in Downtown. About 10 people, including representatives from Walkable Arlington, joined in. Some participants borrowed film cameras, and after they finished the photo walk, they developed their photos in the darkroom.

“The biggest thing we learned from the photo walk is that people are excited and eager for more!” said Aaron.

The next photo walk is tentatively set for August 5, 2021. Aaron foresees the Community Darkroom, recently named Arlington Negative Space, expanding its offerings to include guided photo walks and educational workshops.

“Arlington is a great place for a Community Darkroom,” said Aaron. “People are so welcoming and eager to support this idea.”

"As an official State of Texas Cultural District," said Maggie Campbell, President and CEO of Downtown Arlington, "we encourage initiatives that engage more people in the arts. Not only does Arlington Negative Space enhance the vitality of the Cultural District, but it provides meaningful engagement with UT Arlington students, emerging artists and photography enthusiasts." 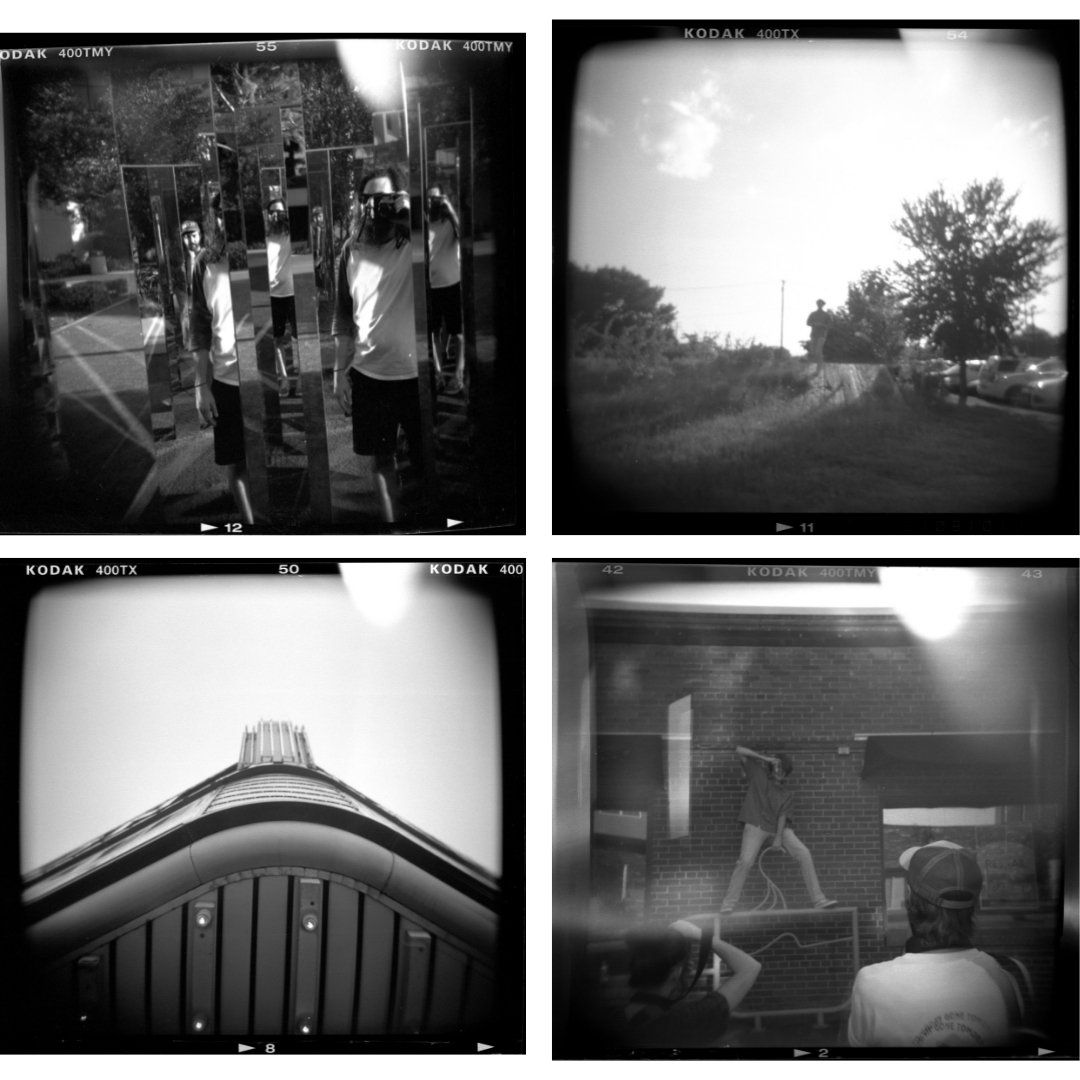