Downtown Arlington Music Fest and Family Movie Night: This Week at the Levitt

Best of the Best

While every show at the Levitt is top-notch, the Festival brings together an unmatched line-up of performers that are highly-celebrated, wildly talented, and musically diverse. It's a music-lovers dream come true.

"Our goal for Downtown Arlington Music Fest is to immerse guests in a musical experience that's at the highest level," said Maggie Campbell, president and CEO of the Downtown Arlington Management Corporation. "The festival is also a premier showcase for the Levitt Pavilion, which was recently named a Great Public Space by the Texas Chapter of the American Planning Association." 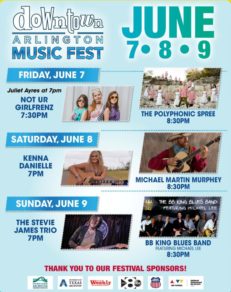 They're back and as amazing as ever! Downtown Arlington Music Fest presents internationally known Texas psych/pop choir, The Polyphonic Spree, at 8:30 p.m.
The Spree has been around for almost 20 years and ranges in size from 13 to 27 members, all dressed in their hippie-inspired choir robes and creating upbeat, pop music together. They've traveled the globe many times over, played every major music festival, appeared on almost every late-night TV talk show, and performed at the 2004 Nobel Peace Prize Concert.
.
Before The Polyphonic Spree takes the stage, they welcome special guest, Juliet Ayres, at 7 p.m. Then, at 7:30 p.m., the girl-power pop trio, Not Ur Girlfrenz returns to the Levitt at 7:30 p.m. These high-energy teens from Dallas are taking the Metroplex by storm with their clever insta-pop/punk hooks combined with old-school songwriting (think Joan Jett, U2 and Heart).
.

The Levitt welcomes back native Texan, Michael Martin Murphey, at 8:30 p.m. Murphey is best known for his chart-topping hits "Wildfire," "Carolina in the Pines," "What's Forever For" and "Geronimo's Cadillac." During the early 1970s in Austin, along with artists like Jerry Jeff Walker and Gary P. Nunn, Murphey created the "Cosmic Cowboy" movement, which was pivotal in drawing artists like Willie Nelson to the scene and helped birth the "Outlaw Country" genre. Last fall, Murphey released Austinology, an album that celebrates his early days as a pioneer of the Austin music scene of the '70s with guest artists that include Willie Nelson, Steve Earle, Lyle Lovett and Amy Grant.
.
Kenna Danielle, a neo-traditional country artist who combines the contemporary sound of Miranda Lambert with the vintage flair of Merle Haggard, performs at 7:30 p.m. before Murphey's concert.
.

The Downtown Arlington Music Fest wraps up on June 9 with the 8:30 p.m. performance of the incomparable BB King Blues Band featuring Michael Lee. For more than half a century, BB King and his band defined the blues with classics like "The Thrill Is Gone" and "Every Day I Have the Blues." Combining more than 100 years of musical artistry, the original members of the BB King Blues Band have gotten together to preserve BB King's legacy along with Fort Worth-based blues artist, Michael Lee, who was a 2018 contestant on NBC's The Voice. The band also is joined by King's daughter, Claudette King.
.
Before the BB King Blues Band, the Stevie James Trio will take the stage at 7:30 p.m. Deemed "the hardest working blues trio" in the region, they've been nominated twice in the Dallas Observer Music Awards for Best Blues and James was recently honored as Best Guitarist.
.

Also at the Levitt This Week 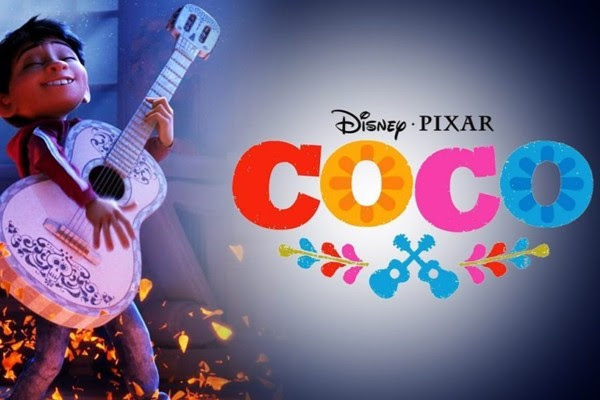 Family Movie Night returns at 8 p.m. with Disney Pixar's Coco. Coco follows the adventures of young Miguel who dreams of becoming an accomplished musician like his idol, Ernesto de la Cruz, despite his family's generations-old ban on music. Desperate to prove his talent, Miguel finds himself in the stunning and colorful Land of the Dead to embark on an extraordinary journey to unlock the real story behind his family's history. Run time is an hour and 45 minutes. The movie is rated PG.
..
Prior to Coco at 7:45 p.m. movie-goers can enjoy a folklorico performance by Almas Unidas Dance Company.
.
The first 100 guests to arrive on Thursday night will receive a gift card from the Levitt's Family Movie Night sponsor, Arlington Highlands.

Don’t let the construction work on Abram St. get you down. There’s still plenty of free parking on the streets around the Levitt, in the UTA parking garage, and the garage at 101 Center. Download Waze for free and see real-time traffic, find optimal routes, and avoid road closures. Or skip parking altogether and hail Via Arlington ride share for only $3, Uber, or Lyft. Use 300 S. Center St., Arlington, TX 76010 as your destination address.

Designated by the State of Texas as the Arlington Cultural District, Downtown Arlington blends a unique mix of activities, sights, tastes and sounds that attract visitors and locals alike. Within its less than a two-mile radius, Downtown is home to a top tier public research university, prolific fine and performing artists and arts institutions, live entertainment, exciting NCAA and professional athletics, one-of-a-kind dining and retail, and a supportive business climate. Be the first to know about Downtown news and events: subscribe to our weekly e-newsletter and follow us on Facebook, Twitter and Instagram.