The Downtown Arlington Management Corporation recently hosted a first-ever Bark & Brew Pop! Up Partner event. While there was plenty of fun for kids and dogs alike in the pop-up park, the nearly 100 attendees also shared ideas on how to shape the future of Downtown Arlington. 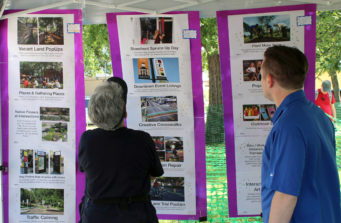 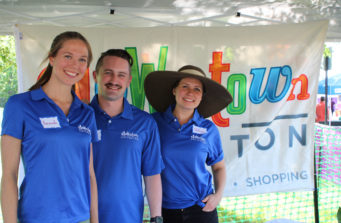 Building our future, together

Nearly half of the attendees lived or worked within a mile of Downtown Arlington. Together, they took a deep dive – some for the first time -- into several important Downtown initiatives.

They learned about the myAbram Revitalization project by studying the architectural and streetscape plans. They provided feedback on future placemaking concepts for Downtown and offered ideas of their own. They met and mingled with other neighbors and business owners, building stronger bonds with each other and to Downtown.

Most importantly, attendees began thinking strategically about how current and future initiatives can build on each other to enhance the district for residents and visitors alike. Six placemaking concepts rose to the top of the list.

The results are in

From the sixteen placemaking concepts discussed, these six concepts received 62% of the votes cast:

Future projects in Downtown Arlington will be shaped by insights from this and other community engagement events. If you didn’t have the opportunity to attend Bark & Brew, we still need and want your feedback.

What do you think?

The City of Arlington is developing a new Downtown Master Plan, one that will direct initiatives to transform Downtown into an even more vibrant destination for residents and visitors. Take the Downtown Master Plan citizen survey, available online until June 30, 2018.