Downtown Arlington is less of a place to me than a memory. Or, I should say, a string of memories pieced together into a tale of exploration, self-discovery and friendship.

Okay, sounds like a Disney movie, but bear with me.

Ever since I enrolled at UTA in 2014, Downtown has felt like a hidden gem. It used to be that it was a gem I yearned to dig up, but these days it feels like a gem I hold above my head, showing it off to anyone and everyone.

See, my discovery of Downtown was through the arts. My first foray into the community was a Chat N Do, hosted by Arlington Nights at the old Cosmic Crow on Abram. There I met David Conant, Heather Williams of the band AdamMarie, Demi Stewart, and a whole lot of folks that I still call friends today. Even colleagues, in fact! Just 1 year ago Heather and I got the chance to host the first ever all-local show at the Arlington Music Hall.

One of many great memories.

I always knew there could be more connection to this gem that is Downtown Arlington. At UTA I got involved in Student Government where we spent our days reaching out for student feedback. When prompting students about “campus culture,” we most often heard there needed to be more of it.

Lies, in my mind. You just have to know where to look and have an adventurous spirit.

The obvious answer to a lack of culture in Texas is to get a Football Team. Forgive me, but that’s dumb. 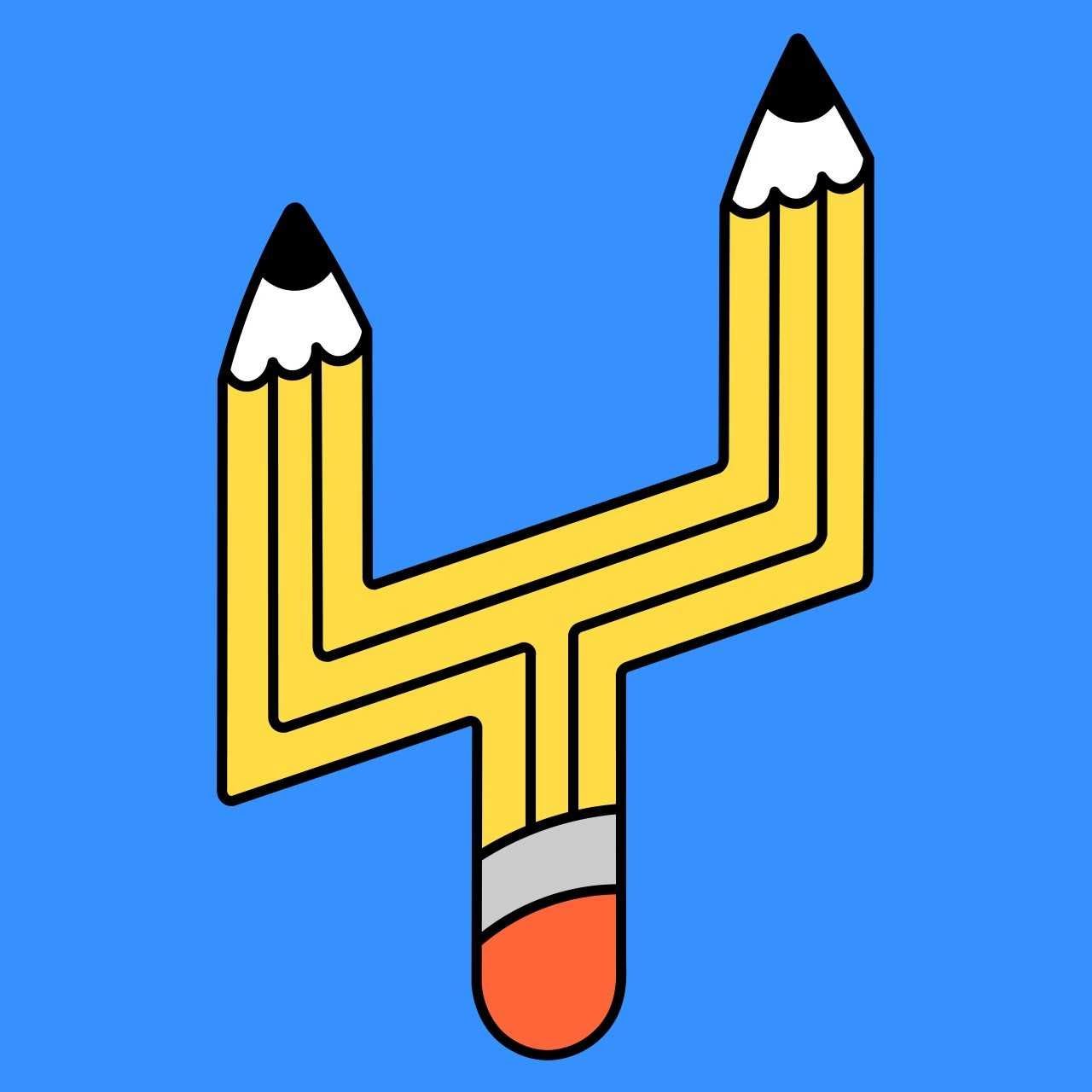 Culture is what you make it. With this in mind, and some artistically entrepreneurial friends by my side, in 2017 I started a student organization that created culture – but through the arts! ‘The UTA Football Team – A Creative Collective’ (I know, funny, right?) was born as a bona-fide student organization.

In our org, we’ve discovered hundreds of Arlington artists and worked with them to put on local shows. When putting on art and music events, there is a very natural gravity to Downtown. With dozens of stages and world class galleries, it’s a breeding ground for culture. We found ourself always asking, “Hey, so.. can we do a show here?” 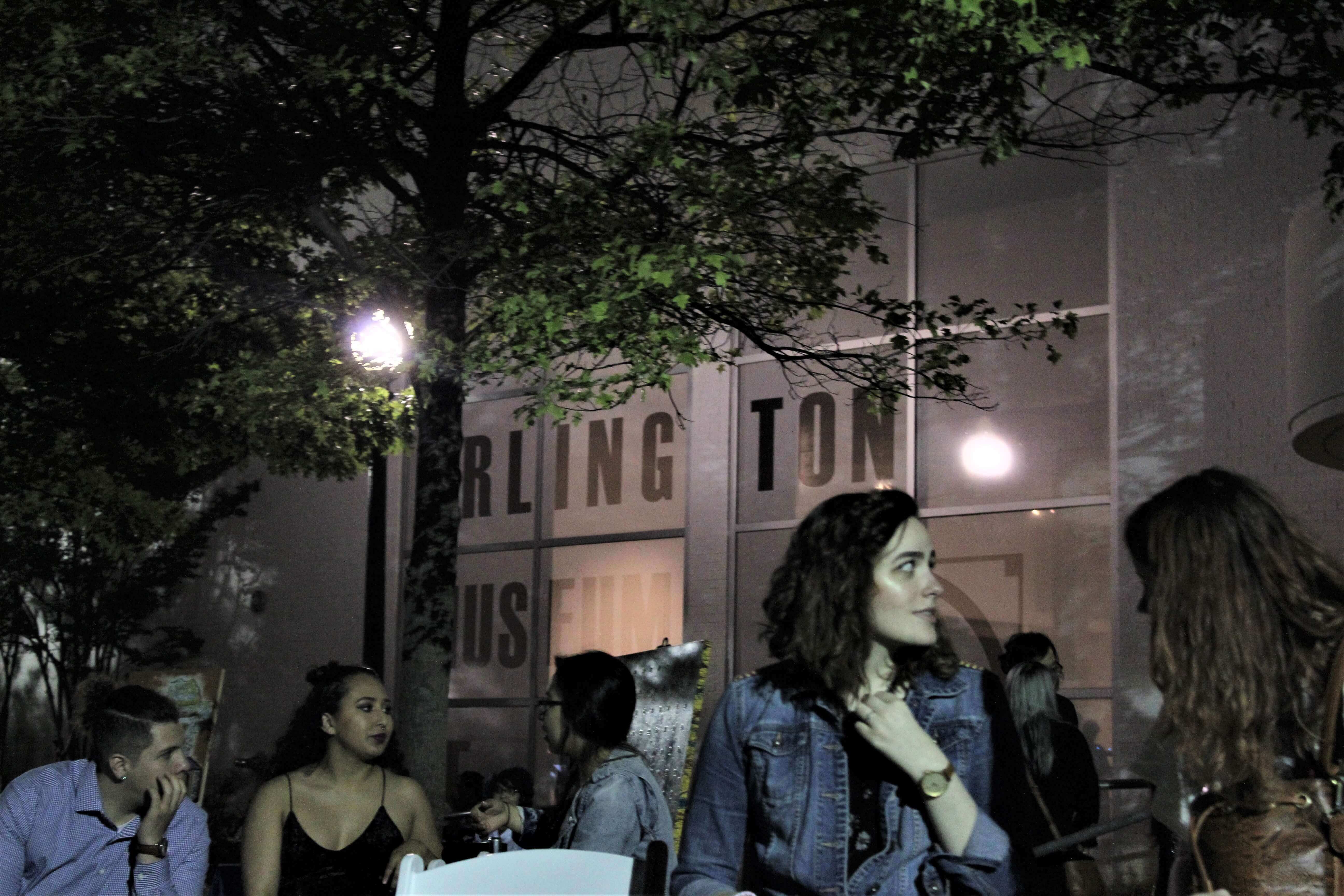 Such a small question can lead you into grand experiences, like our Arlington Artist Expo in 2018 which drew over 300 folks out to the Arlington Museum of Art.

The Growl has seen The Football Team host some hazy nights with Clifton Clowers in-hand (only the of-age members, of course) 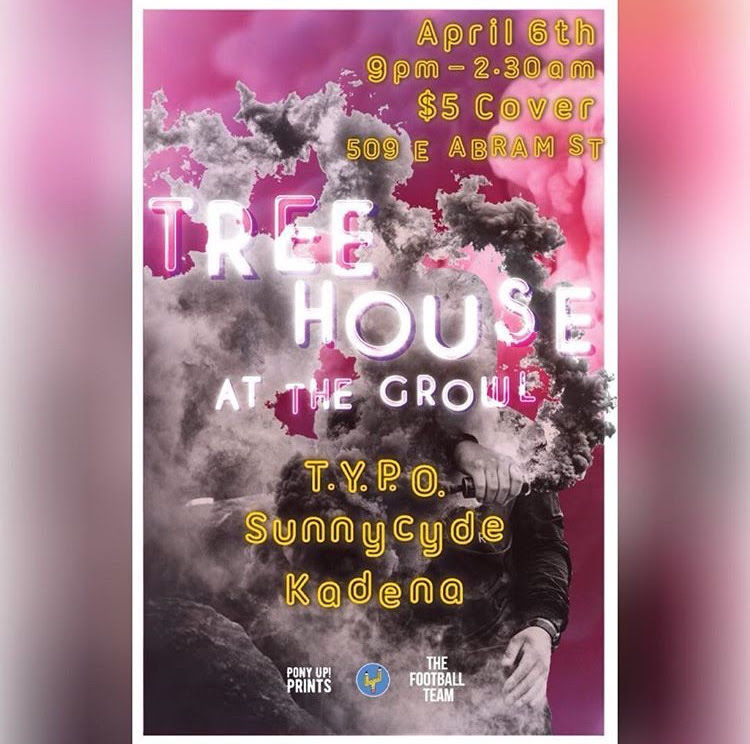 Abram Alley, outside of Hooligans, is where we hosted our Treehouse concerts. Treehouse was a musician’s festival. The scene came out to support the other bands, the bars were packed, and UTA students found something cool to do (not having to drive to Fort Worth or Dallas? Count me in!) 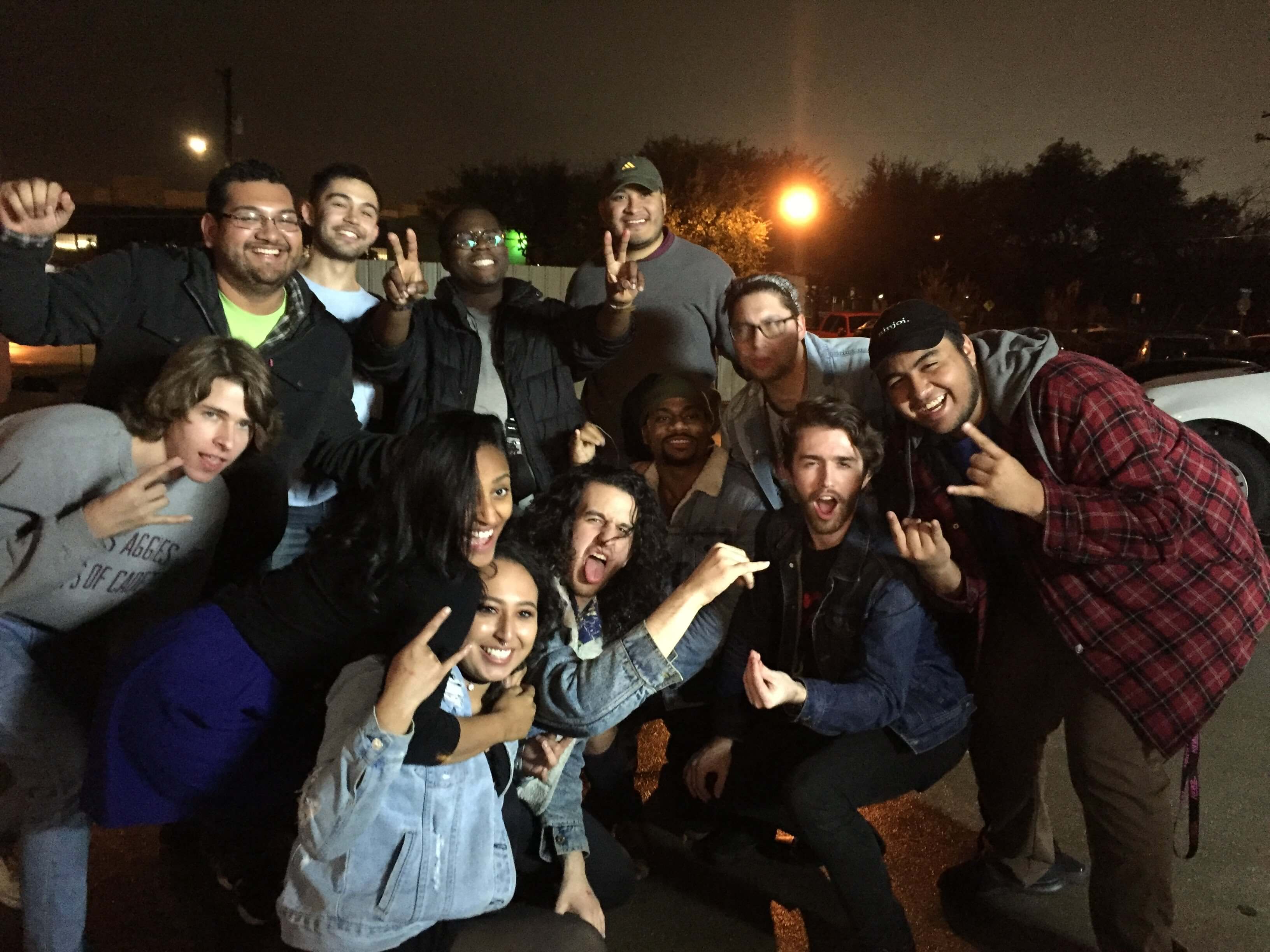 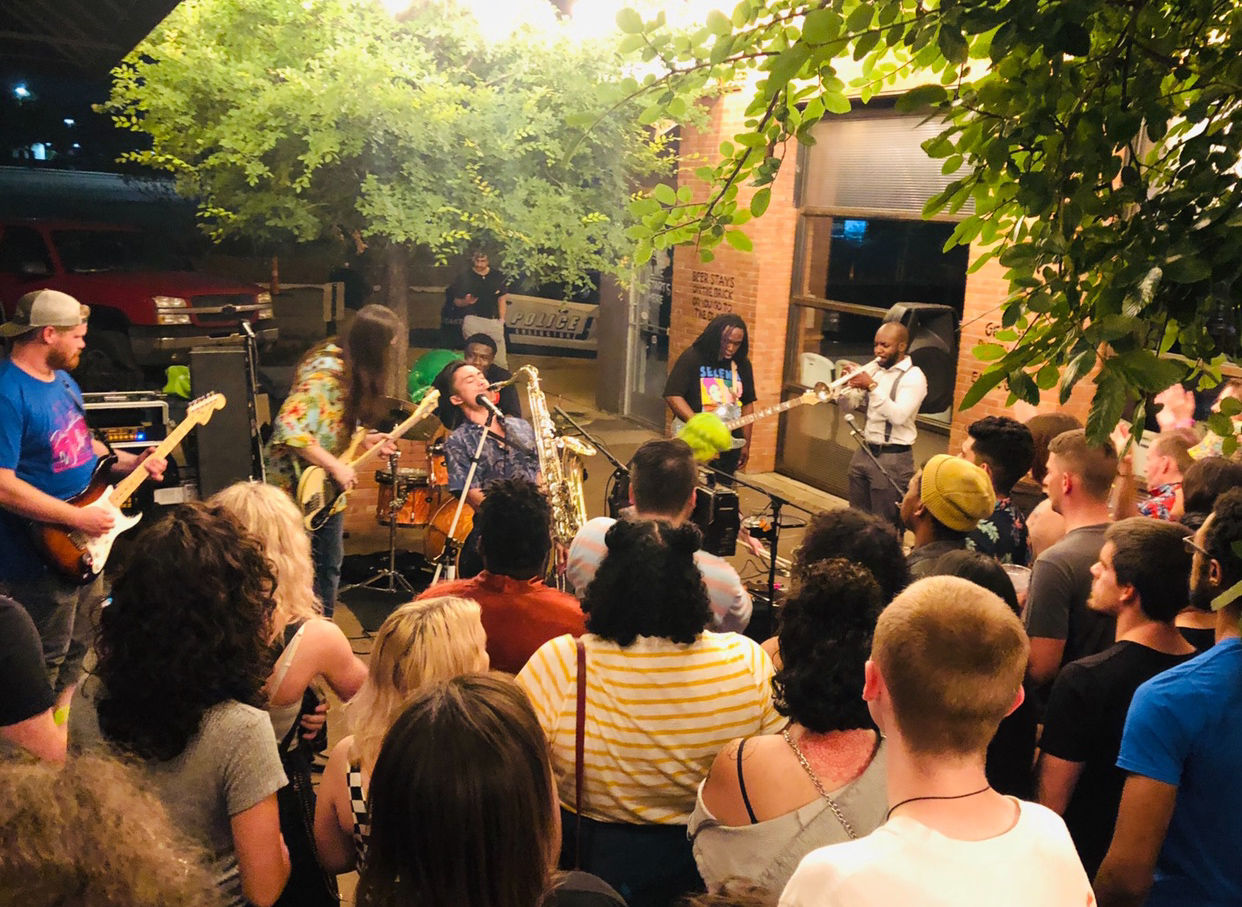 Because that’s what Downtown is: UTA’s playground. There are stages and walls all across Downtown that bring local fans and draw national eyes. In building up the arts scene, we also came to recognize that Downtown business owners are out there chasing their dreams just as we are chasing ours.

Downtown Arlington was the breeding ground that brought my community building ambitions to light. This place that taught me so much about what it means to bring people together has taken on an important place in my heart. Some would call it a purpose. I’m grateful to Downtown Arlington Management Corporation for giving me the opportunity to share my story, and even more for the opportunity to work with this amazing team on a daily basis to expand our local culture and share the community experience of Downtown Arlington. Where I once made memories for myself, I now get to work daily to create memories for a future generation of cultural leaders.

Garret Martin is a UTA graduate that found his purpose of building community in Arlington. Once where he moved to study marketing and dreamed of becoming a concert promoter, Garret now works as a consultant for creative organizations in Arlington, assisting with content creation and events programming. He currently works on the Downtown team as a contractor, producing content such as the Down To Business Podcast, as well as providing programming assistance with event production and live streaming. Garret is an avid live music fan, going to local shows (when the worlds not ending) and practicing guitar when no one can hear him.