Miss Persis Studio of Dance and Performing Arts has been a staple in Arlington since it began in 1954. With heavy hearts, on June 8 we said good-bye to the studio's founder, Persis Forster.

Miss Persis ("the Big P") had a fabulously successful career as a professional actress, director, and choreographer, but we think of her as the progenitor of generations of artists and art lovers who got their start learning dance and musical theater right here in Downtown. 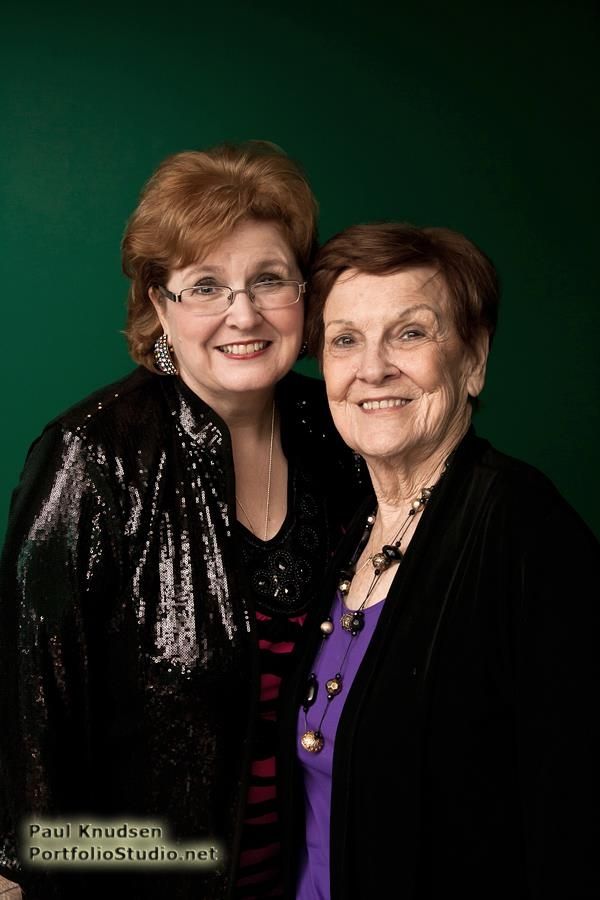 Persis is survived by her daughters Persis Ann Forster and Kim Wilson, her granddaughter Mary Alden Wilson, sons-in-law Steve Burdick and Toby Wilson, and two nieces. A funeral mass will be held at 11:00 a.m. Thursday, July 1 at Most Blessed Sacrament Catholic Church on N. Davis in Arlington. A reception will follow in the parish hall. Other celebrations may be announced at a later date.

Memorials may be sent to Dance Theatre of Arlington or to Theatre Arlington, which is raising funds to name a classroom for her in their new building.

Shortly after she died, Theatre Arlington Executive Producer Steven D. Morris wrote this tribute to Miss Persis. Thank you, Steve, for permitting us to share this with our readers.

My heart is both saddened and full of joy remembering the one and only Miss Persis.

She was a huge part of Theatre Arlington’s foundations.

Miss Persis is a true Arlington Icon, a legend. There are few people more well known than she is in our wonderful town of Arlington.

She owned and operated Miss Persis Studio for 67 years. She not only taught tens of thousands of children tap, ballet, jazz and musical theatre, but each of those students also got lessons in manners and social graces, treating people respectfully, using proper diction, and so many life skills. Countless numbers of Arlington sixth graders have taken cotillion classes from Miss Persis, where they learned social dances and manners.

Not only did she have a hand in starting Theatre Arlington in the early 70’s, but in the 80’s she formed Gown Town Theatre, which was a joint effort between the community and the University of Texas at Arlington to do a huge summer musical. Somehow, while running her own business, she also found time to perform at Casa Manana and other theatres around the DFW Metroplex.

In addition to all of that, Miss Persis served for many years as an adjunct faculty member at UT Arlington. That's where I first met her.

During my first semester at UTA, I took her class in Children’s Theatre. She was also the director of my first show outside of high school, Cabaret. She took me under her wing, and thus began a 40-year relationship in which she taught me, mentored me, loved me, built up my confidence, convinced me I could do things that I didn’t think I could do, trained me to do them, told me when I was doing them wrong, and praised me every time she could.

Persis was my cheerleader. She gave me hundreds of opportunities to perform all over town, at every kind of venue and size event you can imagine, and many that were and are unimaginable.

She gave me my first paid teaching job as her assistant, teaching ballroom dancing (when I had no idea how to ballroom dance). She would show me the steps five minutes before we would teach them. I learned that it didn’t really matter if I knew the steps, because she would lead while we were dancing. She was a very strong and good lead so I couldn’t mess up! After a while, she was satisfied I had learned enough and let me lead, which was a great honor to me.

Persis was my choreographer and director for many shows at Theatre Arlington. She taught me so much about directing and creating stage pictures and telling a story that is truthful and the best ways to work with actors. She has been the biggest influence in my theatre and in my teaching. I often found myself saying things to my students that Persis said to me.

I will be forever grateful for the positive, powerful influence she had on my life. I know there are literally thousands of people who feel the same way.

Persis Forster changed lives and made them better.

She will be missed but never forgotten.

I love you, Miss Persis!

Feature image by @TomFoxPhoto from his Twitter feed. Portrait of Persis Ann and Persis by Paul Knudsen.