Our Night at Theatre Arlington

With its major building renovations complete, the curtains of Theatre Arlington went up last weekend for the first time in nearly two years. And what a way to restart live theater in Downtown Arlington than with a production of Sister Act! Our Downtown Arlington team got our tickets early so we could attend Wednesday night's performance. We couldn't believe the transformation, the energy, and the pure joy of it all.

We're ready for the night to begin! Katie, Emily, Garret, and Maggie (photo by Kris Ikejiri): 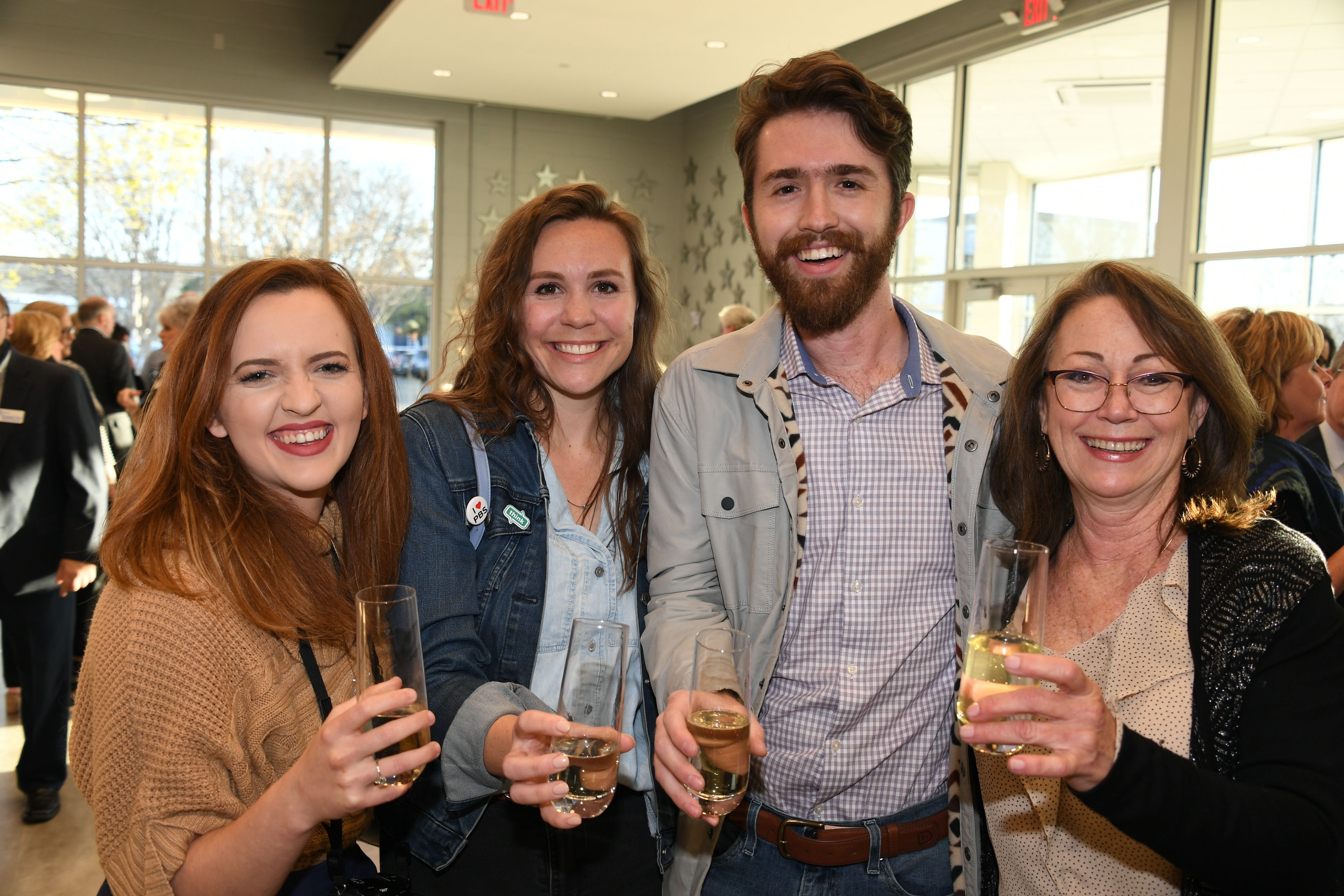 Truly a night to remember. To see all of Kris' photos, click here.


Here are some cell phone shots we took at the pre-show reception:

Maggie Campbell, President and CEO, Downtown Arlington: “My favorite part of the renovation project was the incredible rotating stage. It took the already hilarious performance of Sister Act to a whole other level!" 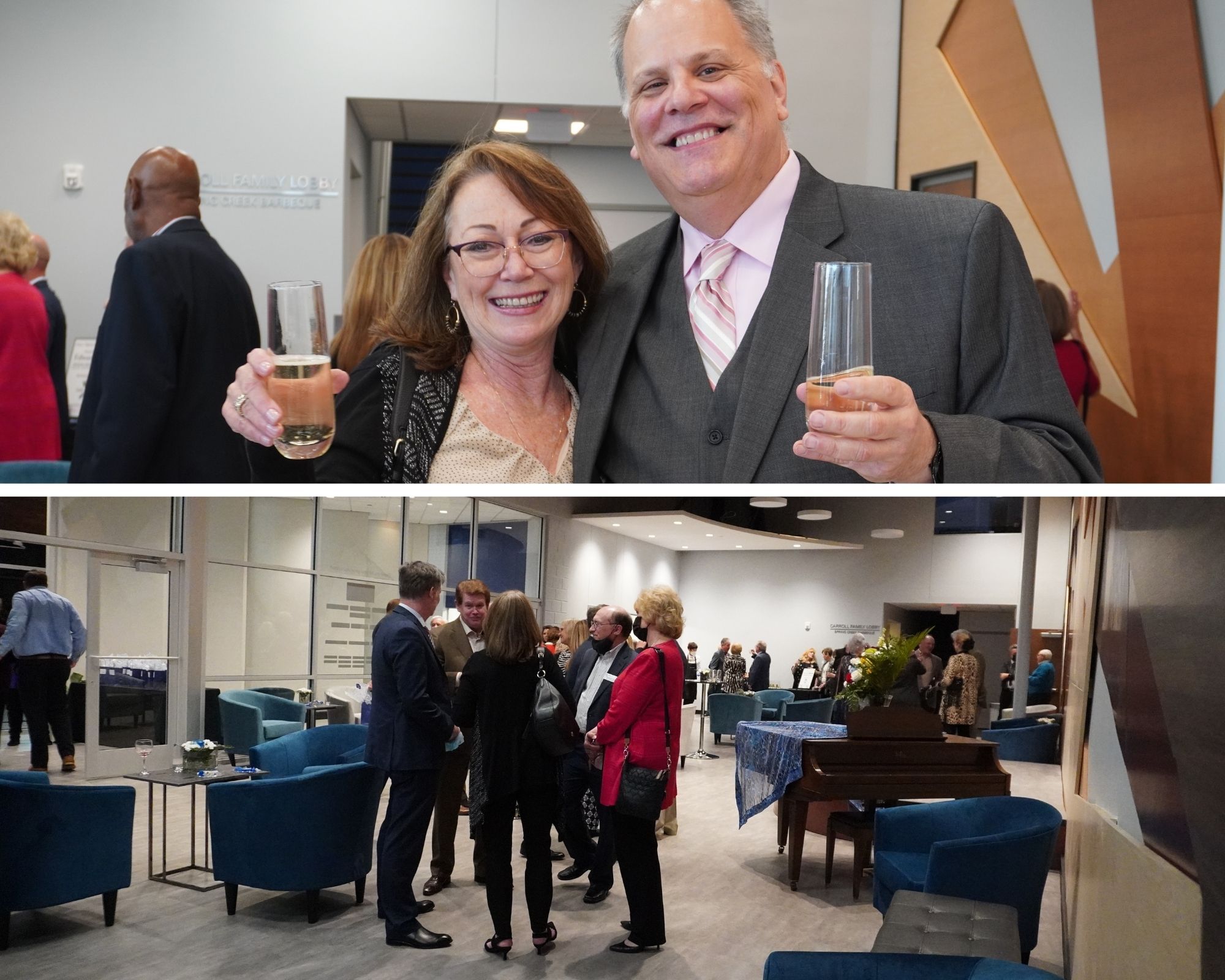 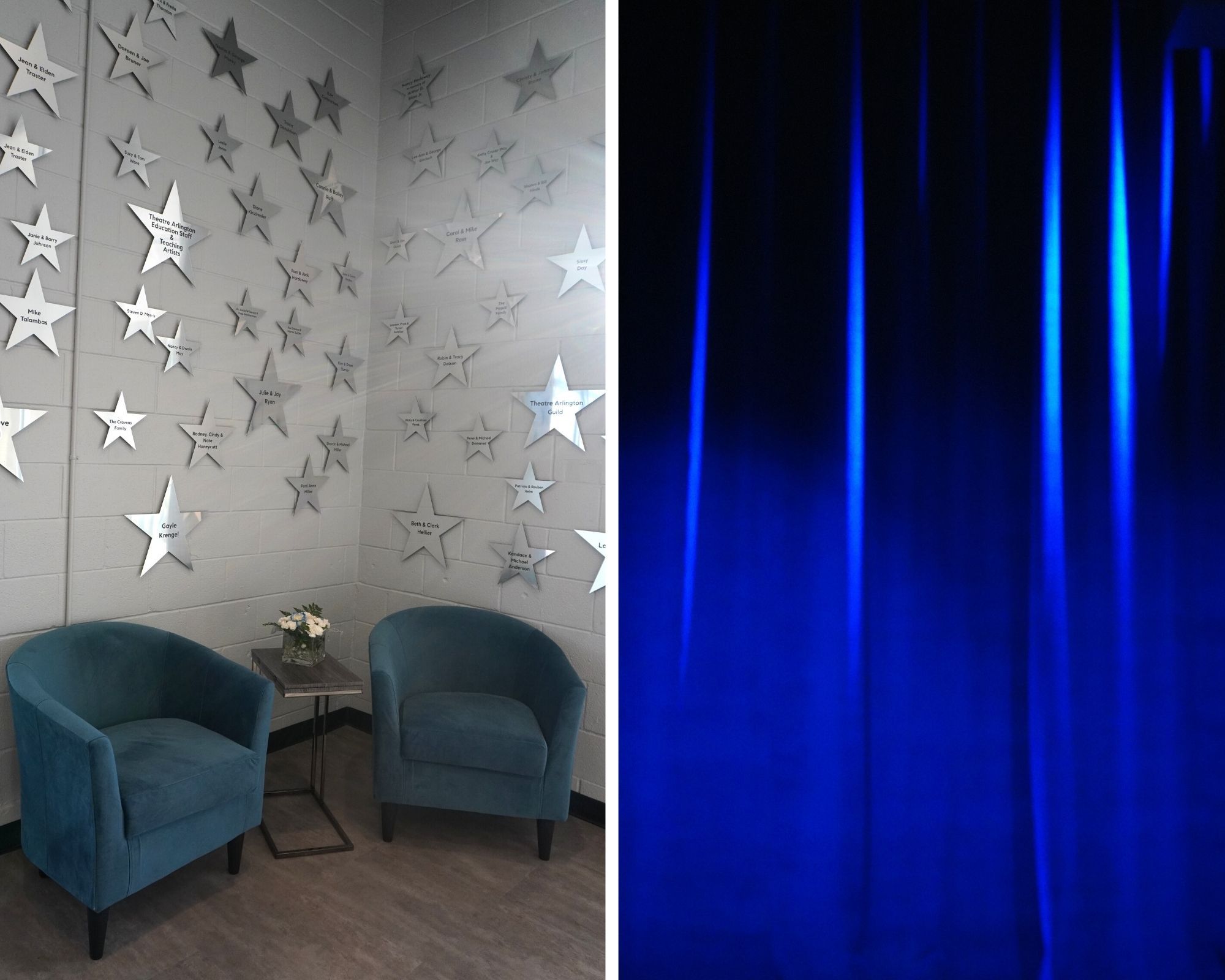 Garret Martin, Community Development Manager, Downtown Arlington: "Lights! Camera! Traction! The opening of Theatre Arlington’s new space wasn’t only progress for the theatre, but for the Arlington arts scene as a whole. The new entrance makes you feel like you’re entering a grand space (which you are) and the new burlesque stage and modern wall decorations are dazzling in of themselves. As impressive as the new space was, the performance on the stage was everything. The lead in Sister Act was stunning and was supported by an amazing cast. My partner Emily grew up performing at Casa Mañana and was impressed with the performances. That was all I needed to know to confirm my layperson observations!" 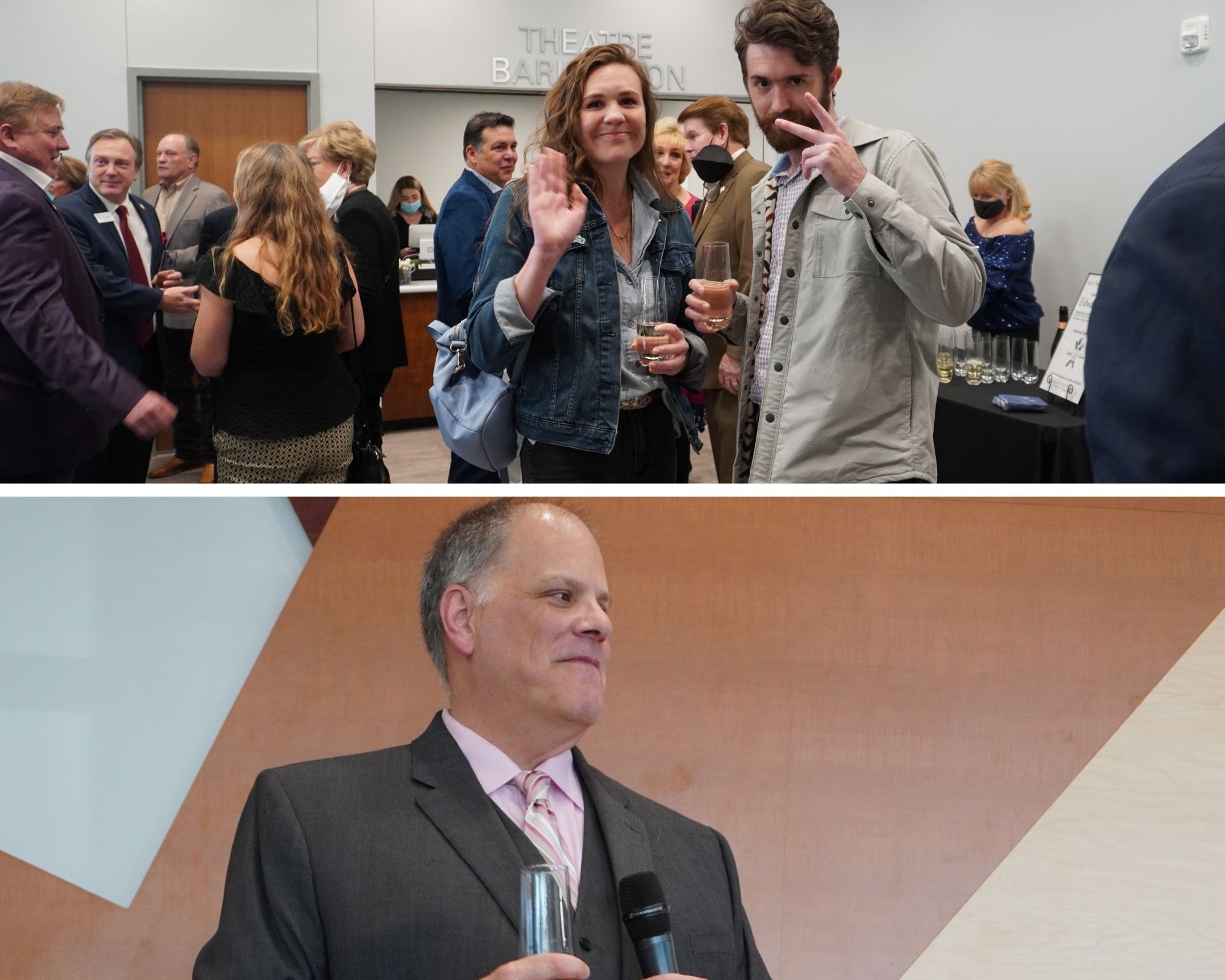 And now, on with the show! These beautiful photos were shot by photographer Eric Younkin: 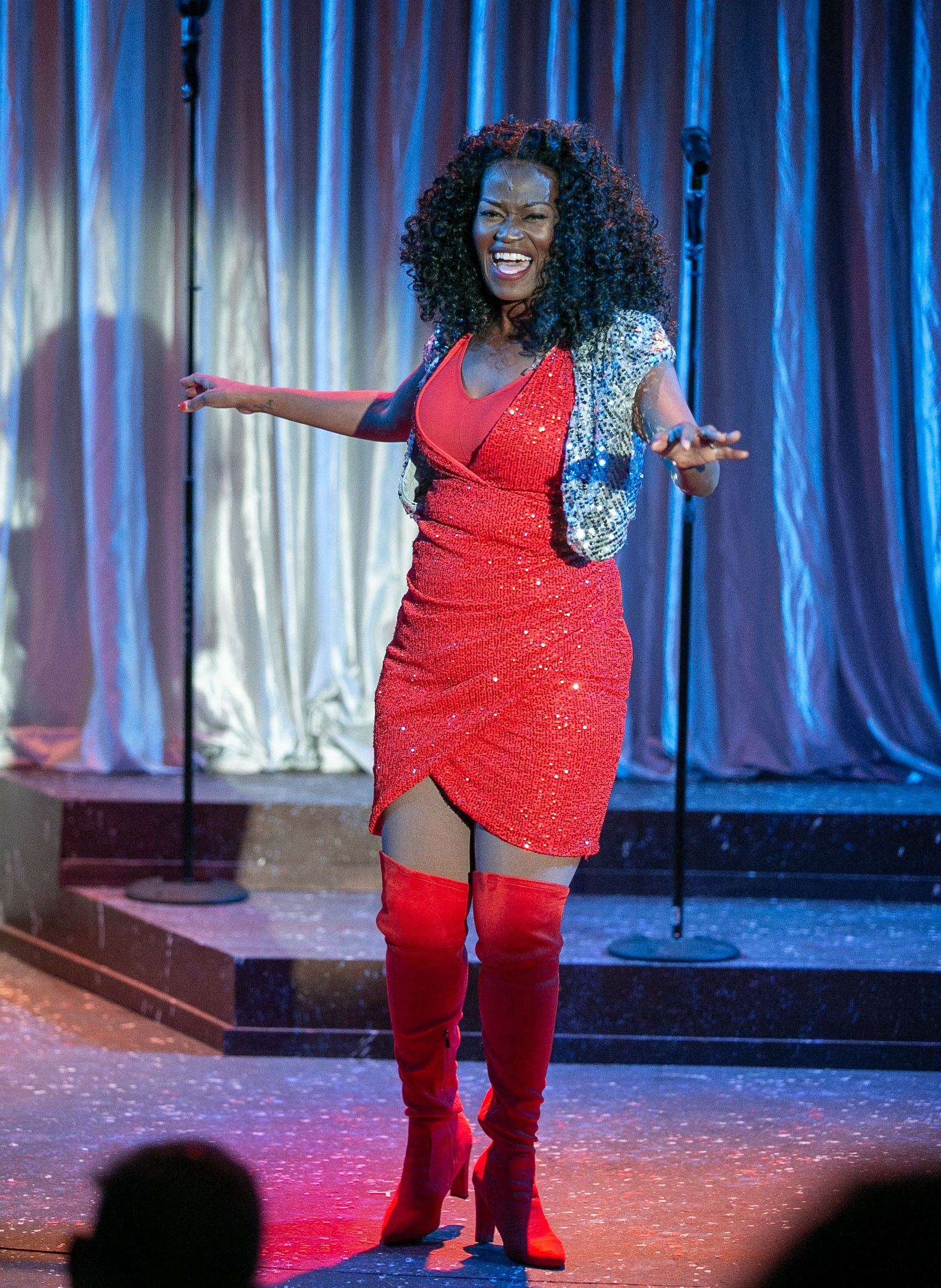 Production photos by Eric Younkin, courtesy of Theatre Arlington. Thanks also to photographer Kris Ikejiri for sharing his talent and pre-show photos with us.