After a 10th anniversary season that featured fan favorites throughout the last decade, the Levitt Pavilion Arlington has announced a 2019 summer concert season full of exciting, up-and-coming talent and one-of-a-kind performances. For free!
Some of the new artists coming to the Levitt this summer include Reverend Peyton's Big Damn Band; the BB King Blues Band featuring Fort Worth's Michael Lee (who competed on The Voice) and made up of BB King's musicians and his daughter, Claudette King; The Bright Light Social Hour; the Marshall Crenshaw Trio; international sensations Jenny & the Mexicats; The Black Lillies; and Nakia & the Blues Grifters (a semifinalist on The Voice).
The Levitt will open the summer season with a familiar face. Deryl Dodd, known to his fans as "Double D," brings his contemporary Texas sound back to the Levitt at 8 p.m on on Friday, May 17. One of the most anticipated concerts of the summer happens the next night, May 18, when Motown greats Rare Earth bring a bit of nostalgia to the stage with classic hits like "Get Ready" and "I Just Want to Celebrate." Opening weekend concludes on May 19 with the contagious, shout-along musical mayhem that is The Soul Rebels. 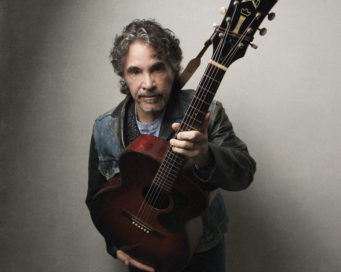 Once a year, the Levitt Pavilion hosts a special, ticketed performance that helps raise money to pay for the more than 50 free concerts presented each year. This summer, that special event will feature John Oates with the Good Road Band as a kick-off to Memorial Day weekend on May 23.

Oates is half of the best-selling rock duo of all time, but is also a phenomenal songwriter and solo artist with music he describes as "Dixieland, dipped in bluegrass salted with Delta blues." Tickets are $35 for general admission and $75 for reserved VIP seats and are on sale now through the Levitt's website.

Info line: 817-543-4301
levittpavilionarlington.org
.
Audiences are seated on an open lawn and can bring lawn chairs and blankets, picnics and coolers with beverages for the free concerts. Concessions are sold at the pavilion, including beer and wine. Levitt Pavilion is family-friendly and concerts are free except for John Oates & the Good Road Band, which requires a ticket purchase.
.

Last year, more than 100,000 music lovers from five countries, 24 states and 134 cities visited Levitt Pavilion Arlington, which made its debut in October 2008 as a member of the family of Levitt Pavilions that connect community through music across the country. The pavilion, located in Founders Plaza in the heart of Downtown Arlington, provides more than 50 free concerts a year with culturally diverse, family-friendly performances from home-grown country to the latest Indie artists and cool jazz to world music.
View All Stories