Killdares Get Jiggy at Levitt Pavilion

I spent my Friday night watching The Killdares at the Levitt Pavilion. I have never been out to the pavilion before, and it is quite the night. The pavilion holds 3,000 people when it is not crowded. The audience filled the space all the way to the back with people sitting in chairs and on the grass. Those in front of the stage left no open space as they danced and took pictures of the band.

The Killdares formed in 1996 and mix two genres, Celtic and rock. They take a traditional twist on modern music with a bagpipe, fiddle and guitars.

The band is not lacking when it comes to fans. Previous UT-Arlington student Fred Laster first heard the band seven years ago at the State Fair. He first came to the Levitt Pavilion two years ago to watch the Killdares. He made sure to make it to the show Friday night and brought two friends with him.

“I'm a big fan of traditional instrumentation taking on modern music,” he said. “I just like the bag pipe and the fiddling. It’s wonderfully upbeat and easy to dance to. At the same time it's smooth and kind of soulful. It's exactly my taste.”

The band's drummer, Tim Smith, said, “Time to get jiggy with it,” before the fiddler, Roberta Rast, played her fiddle along side with Matt Willis, who played an electric bagpipe. Laster joined his friends at the front of the stage to dance.

UT-Arlington alumna Laila Talley and Mark Ratzlaff came out to the concert with their son, Syrus. The only time Talley has the chance to dance the Irish Jig is when she comes out to watch The Killdares. She first heard the band in 2000 at the State Fair. The last time the couple saw the band was four years ago. Talley and her son danced together on the side of the stage.

“I loved the energy of the crowd and there were other Irish Jig dancers,” Talley said. “Another girl was up in front of the stage, but I didn't go up because I got stage fright.”

“We’re just glad they are back doing shows at the Levitt,” Ratzlaff said. “We loved coming out to see all our friends.”

The band finished the show with a theme song from my favorite HBO show, Game of Thrones. My first experience at the Levitt Pavilion took me by surprise. I got to hear the bagpipe played live for the first time in a nontraditional way. I understand why The Killdares have so many dedicated fans.

Kathryn Cargo is a news reporter at The Shorthorn and a journalism broadcast double major at The University of Texas of Arlington. 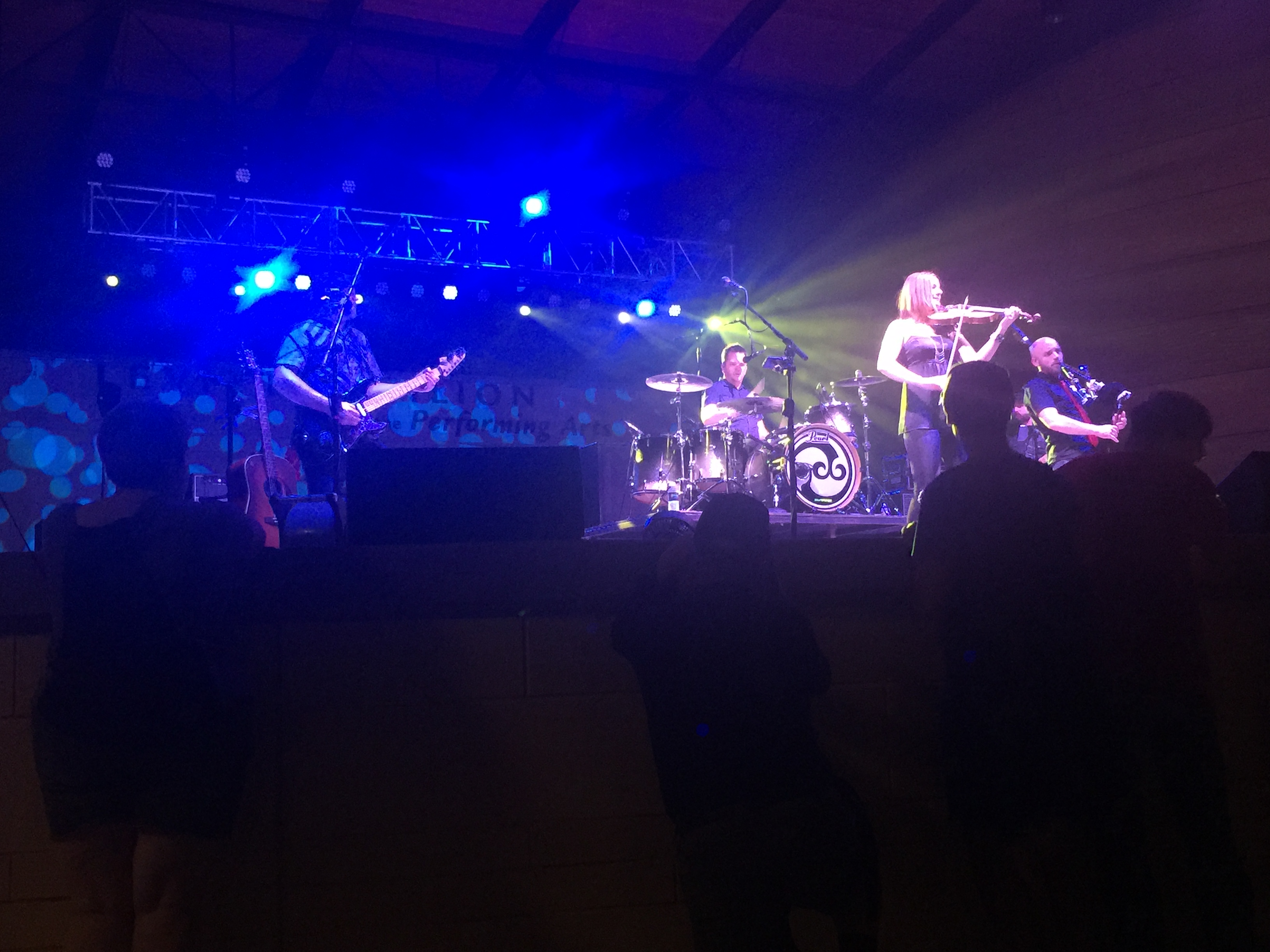