Two other 2021 awards were also presented at the Annual Meeting. Wally Hardin, long-time proprietor of The Man’s Shop, was recognized with the Legendary Lionheart Award. The Golden Lantern Award was presented to Arlington Life Shelter.

Outgoing Arlington Mayor Jeff Williams received the Downtown Arlington Dream Builders Award because of his long-standing and remarkable legacy of commitment to Downtown and the City of Arlington. During his six years as mayor, Williams was a tireless advocate for small business. The game-changing Abram Street, City Hall, City Center Plaza, and 101 Center projects, realized during his tenure, have utterly redefined the “main street” of Downtown’s business district. Williams’ pioneering approach to big-picture problems like public transit transformed Arlington from one of the nation’s most under-served cities to award-winning, thanks in part to innovative solutions such as the Arlington RAPID pilot program in Downtown. 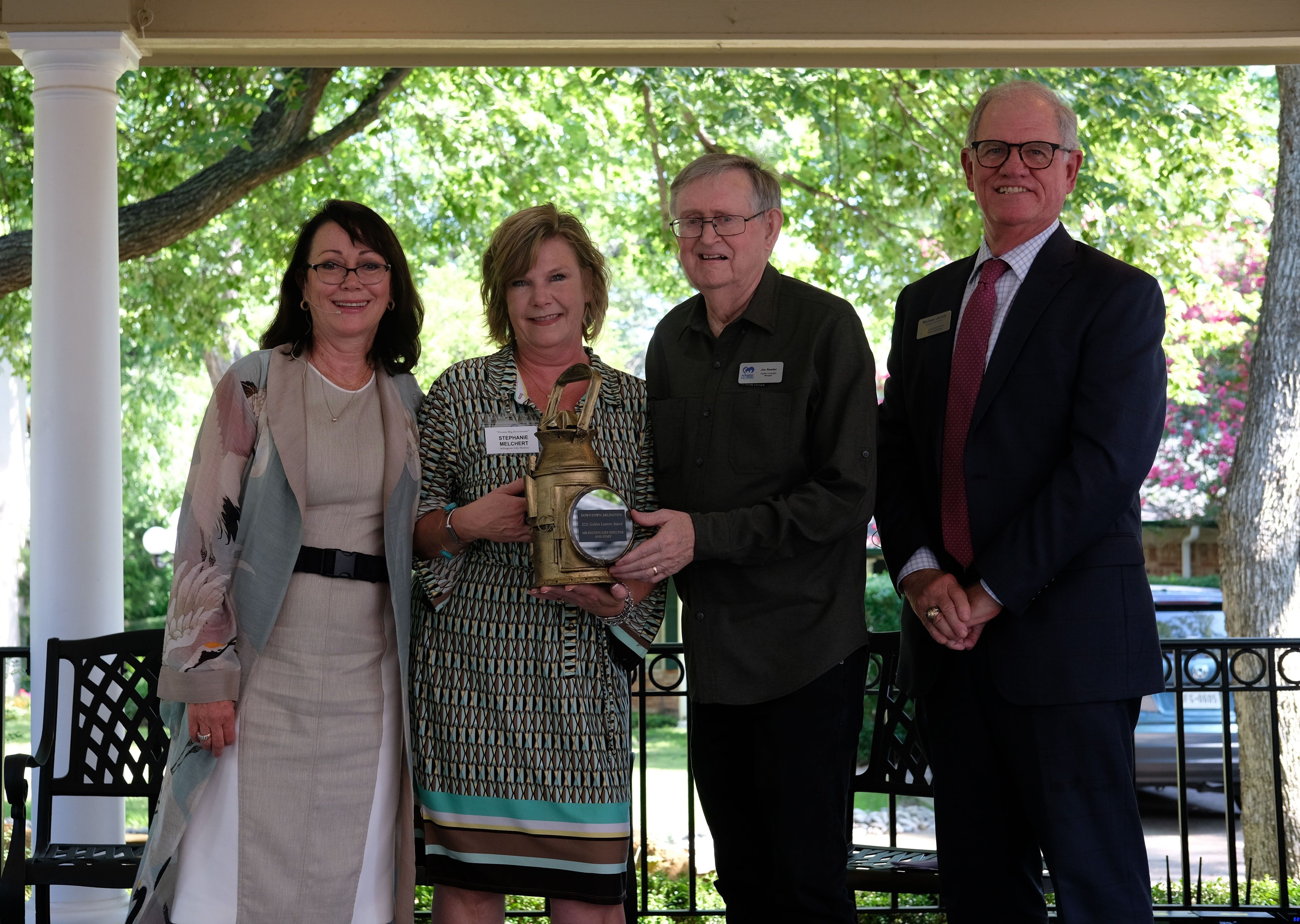 Arlington Life Shelter, recipient of the Downtown Arlington Golden Lantern Award, has been responding to the needs of homeless men, women and children for over 33 years. In June 2020, with the opening of their new facility, ALS nearly doubled its capacity to promote self-sufficiency by providing shelter, employment programs and transitional services.

The Golden Lantern is given to non-profit organizations, public servants or residents such as ALS who bring empathy and a human touch to their work.

The Downtown Arlington Legendary Lionheart Award, awarded this year to Wally Hardin of The Man’s Shop, is given to an individual whose entrepreneurial energy and dedication to community have contributed to making his/her Downtown business a legend in its own time.

Since its founding in 1972, Wally Hardin has his team have defied the big-box trend in retail and built a world-wide reputation as a truly independent men’s clothier focused on luxury brands and consummate customer service to generations of clients.

Maggie Campbell, president and CEO of DAMC, remarked on the outstanding vision and resolve shown throughout the years by each of this year’s honorees.

“Our honorees represent very different sectors of our diverse Downtown Arlington community,” said Campbell, “but they share noteworthy similarities. First, while their commitment to community manifests in different ways, each of our honorees is absolutely driven to serve the needs of others. Second, they are savvy experts in their fields, expertise which allows them to respond quickly to short-term challenges and thoughtfully to long-term opportunities. Finally, they are amazing collaborators who understand that a rising tide lifts all boats.”

Designated by the State of Texas as the Arlington Cultural District, Downtown Arlington is where creativity, authenticity, and hometown pride thrive and drive what's next. Within its less than a two-mile radius, Downtown is home to a top tier public research university, prolific visual and performing artists and arts institutions, live entertainment, exciting NCAA and professional athletics, one-of-a-kind dining and retail, and a supportive business climate. Learn more about our entrepreneurial culture by tuning in to our Down to Business podcast.