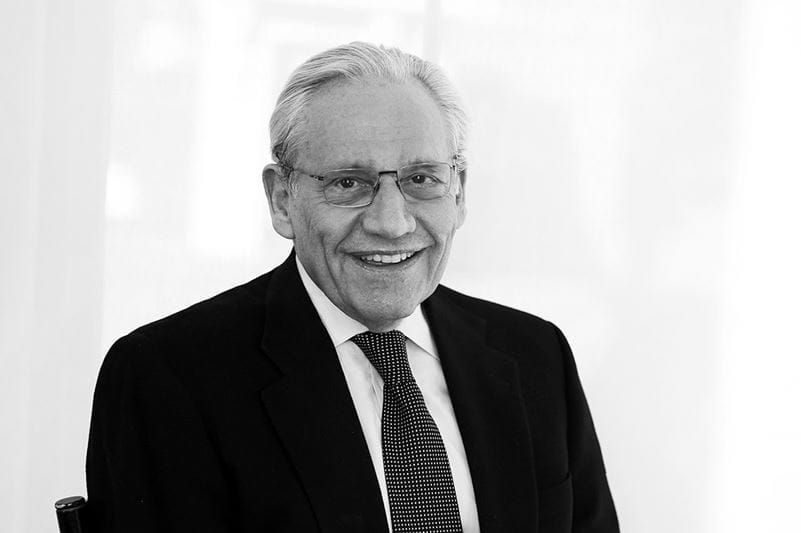 In addition to Woodward, scheduled speakers include an educator and global thought-leader, a former United Nations ambassador, a Grammy- and Academy Award-winning artist, and a technology/innovation author and futurist.

Woodward will speak about “The State of the American Presidency” on Sept. 19 on the UTA campus in Downtown Arlington.

Woodward is an associate editor of The Washington Post, where he has worked since 1971. He has shared in two Pulitzer Prizes, the first in 1973 for his coverage of the Watergate scandal with Carl Bernstein, and the second in 2002 as the lead reporter for coverage of the 9/11 terrorist attacks.

Woodward’s first book with Bernstein, All the President’s Men, was about former President Richard Nixon and the Watergate scandal. The book was made into an award-winning movie.

He has since written 19 books on American politics, 13 of which topped bestseller lists, all while continuing his work for The Washington Post.

The lineup for the 2019-20 Maverick Speakers Series also includes:

About the Maverick Speakers Series

The University of Texas at Arlington’s Maverick Speakers Series provides a forum for today’s brightest minds to examine the ideas, actions, solutions, and people that impact the world around us. These are thought-provoking conversations led by innovators who make change happen. The Maverick Speakers Series is about making a difference, one big idea at a time. That’s what Mavericks do.