If a picture’s worth a thousand words, a mural’s worth a million

If you don’t hail from these parts, the history of Arlington may not be a story you’ve heard. But turn the corner at Division and Center Streets and you’ll immediately get a sense of how the city’s past meets the present in Downtown Arlington.

V is for Vroom

Located at the center of the city’s original boundaries, The Vandergriff was built in 1927 and is the oldest commercial structure in Arlington. Through the decades, the building was home to full-service car dealerships – most notably, Hooker Vandergriff Chevrolet – from which patrons could wave to Franklin Roosevelt, Harry Truman, and Sam Rayburn when their motorcades came to town.

Today, The V is owned by Gary Walker, CEO of Coldwell Banker Commercial Advisors and Skywalker Property Partners, who converted the old dealership into offices in 2008. Two years later, the building was named to the National Register of Historic Places. In keeping with the building’s rich past, Walker has sought to integrate the building’s story throughout its interior and exterior, including a massive steel sculpture and an eye-catching wall mural that reflects the heritage of the Bankhead Highway (now Division Street).

In an interview with O.K. Carter for Arlington Today Online, Walker said of the mural, “I can’t really quantify what the payback is or even if there will be a payback. But I just like the look and think it makes the building unique. A memorable sense of place.”

From memories to mural

The Vandergriff building mural was created by a dynamic duo who are partners in painting as well as life. Downtown Arlington recently chatted with Lee and Sheri Hay of SaxonLynn Arts to find out more. 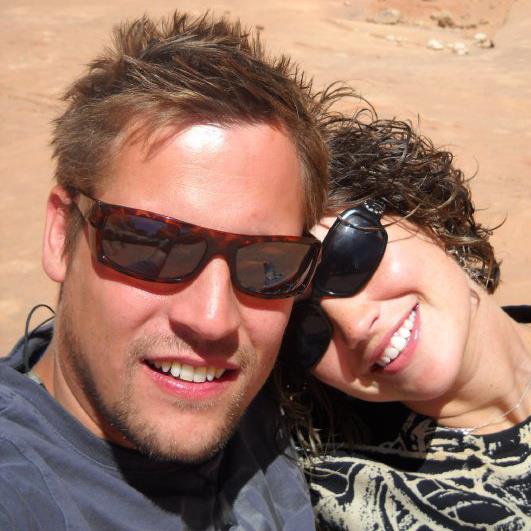 Downtown Arlington: We understand that you’re both educated in art and graphic design, Lee is from Greenwich, London and Sheri is from Fort Worth. How did you get into murals?

Lee and Sheri: As we fell in love and after we were married, we realized we were both artistic in some way and worked to build something together. We started painting individually on canvas and skateboards. We set up a booth and began showing at Texas-based art festivals. We knew we had something when, in 2012, we were accepted into the prestigious Main Street Ft. Worth Arts Festival in the "emerging artist" category! From there, we were hired to paint our first mural of the Dallas Cowboys. Then everything exploded, with commissions from celebrities like the Red Hot Chili Peppers, DJ Kaskade, Lil Wayne, Amnesty International and more.

DA: How is painting a mural different than painting on smaller canvases?

L&S:  We build canvases from scratch and love the personal touch of painting from the heart. With murals, we cater to the clients’ needs more than our own. That being said, we cover all areas of design, always make sure we have creative control and consequently, we're 100% invested into the project.

The dramatic size difference between murals and canvas is a fun challenge. Unlike some traditional artists, we don't use a scale method. Instead, we work in small scale first, then project the image at night and sketch the outlines. Then, much like a canvas painting, we build base colors and layers until the image takes shape in keeping with the client’s vision.

DA: How long did it take to paint the Vandergriff building?

L&S:  We had free reign in creating the design concept. That was great. We focused on Arlington's unique and rich history, and once we had it on paper, it wasn’t hard convincing our client to approve our designs. From start to finish, we painted the mural in just under 4 weeks.

DA: What is it about the Vandergriff Building mural that resonates with people?

L&S: That nostalgic feel gets you every time. Our design tells the story of a bygone era in Arlington, like a postcard from the past.

We also wanted to educate those who may not know the history of The Vandergriff building and the area. A lot of people are unaware that there was horse racing at The Downs! We also wanted to showcase the Texas Pacific Railway, not to mention Highway One which was the main connection between Fort Worth and Dallas.

DA: There's another side of The V that could host another mural. What would you do if you were commissioned to take on that project?

L&S:  We have great ideas! Old gas pumps, cars with mechanics on hand, old signage and anything else our clients desire. A real continuation on the Americana theme!

L&S: It was our pleasure to be picked to create this giant mural. We really hope it helps attract people to the area, educates them, and adds to the beauty of Arlington. We especially like how many people take selfies next to the old ‘57 Chevy Bel Air.

Get blown away by Lee and Sheri’s talent by viewing their work online on Etsy, Facebook, Twitter, and their website. And when you post your selfies in front of The V, don’t forget to tag us with #authenticallyArlington and @dtArlington.