(Dallas Observer, October 18, 2021)  The window is finally open. After many months of anticipation, the black painted cinder blocks that make up the squat square building next to Hurtado’s Barbecue have been cut open to reveal a hidden oasis, Hayter’s Bar and Lounge.

Hayter’s is the recent endeavor of Hurtado Barbecue's pitmaster and owner Brandon Hurtado. And, no, Hurtado isn’t taking a dig at any potential foes with the name, rather paying homage to Reverend Andrew Shannon Hayter, who is considered by many the "father of Arlington." Further, the name is a tribute to the city where Hurtado has grown arguably one of the most well-known barbecue restaurants in North Texas...

The jet black exterior makes way to a beautifully designed modern interior set with high-top tables, a mosaic laden bar and a billiard room just to the rear. After we finished admiring the finishes and taking in the ambiance we grabbed a seat just across the bar, scanned the QR code, and perused the cocktail menu. 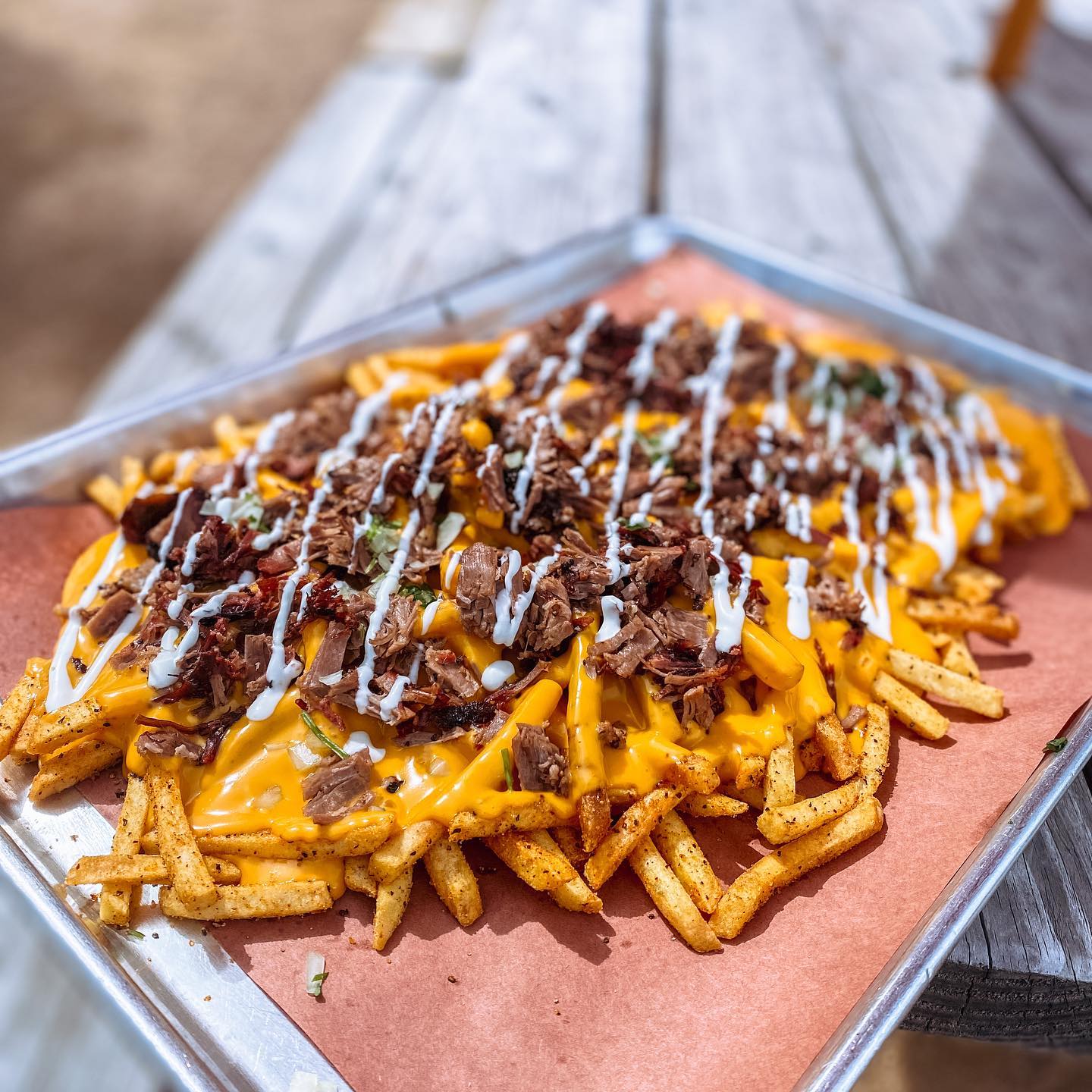 The Santeria stood out; it's a margarita made with Dulce Vida, lime, agave and triple sec that pairs excellently with a taco. Next time we’ll go for the Post Oak Smoked Old Fashioned made with Basil Hayden a touch of vanilla, orange bitters and agave served in a glass smoked with post oak. There are also several local craft beers on tap.

When it comes to food, Hayter’s will have a rotation of taco specials fresh off the smokers from Hurtado Barbecue. On our first trip, the specials were a pork steak taco and a duo of carnitas tacos. The pork is served on a soft but slightly crisped tortilla topped with a tasty but modest salsa verde.

Pork steak is a cut of Central Texas barbecue that Hurtado once again melds into his Mexicue style. The carnitas taco is also served with the salsa verde but in the more traditional street style topped with onions and cilantro...

Read the full story by the Dallas Observer by clicking here. Images from Hayter's Facebook page