As the American Dream City, Arlington really knows how to celebrate Independence Day! Two of Arlington’s most popular traditions – Light Up Arlington and the Arlington 4th of July Parade – take place right here in Downtown Arlington.

It’s not just a fireworks show. It’s Light Up Arlington! This Downtown Arlington tradition takes place every July 3 and has grown into an evening of entertainment, music, food, plenty of kid-friendly activities and, of course, the main event. Ooooo, ahhhh!

Before the big fireworks show, the fun begins at 6:00 p.m. with three Kids Zones including face painting, inflatables, caricature artists, train rides, temporary tattoo booths and other activities. Carnival concessions, food trucks and all of your favorite Downtown restaurants provide an impressive array of dining options. Three stages of entertainment host some of the top acts in the Metroplex, including Hannah Kirby and the Brad Thompson Band on the Levitt Pavilion Stage, Jimmy Pitstick Presents Young Stars of Arlington on the Boomtown Kids Stage, and Idol Job, Brandon Steadman and Phil Hamilton on the Grease Monkey Stage.

Be sure you’re in your favorite viewing spot no later than 9:45 p.m., and set your radio to 95.9 The Ranch to hear music that perfectly complements the pageantry.

For a complete schedule of Light Up Arlington activities and a map, visit lightuparlington.com.

I love a parade

The Arlington Fourth of July parade is a much beloved, festive combination of nearly 150 volunteer- and professionally-built floats and entries sponsored by local organizations, institutions, businesses and youth. This year there will be more mounted entries than ever before, vintage cars, all Arlington high school bands, the popular Texas National Guard 36th Infantry Division Marching Band, and the crowd-pleasing “Wheelin' Elvi.”

The Arlington 4th of July Association, comprised entirely of volunteers, selected America the Beautiful as the 2016 parade theme. “We’re dedicating this year’s parade to those who keep Arlington beautiful, because we believe these citizens deserve recognition for their efforts,” said Donna Daraovich, long-time parade volunteer and emcee.

“I come from a long line of servicemen and women -- and I’m an Air Force veteran myself -- so celebrating freedom, patriotism and America is very personal to me,” said Roxanne Thalman, president of the parade association. “I absolutely love the Arlington 4th of July parade. Of the different organizations I serve with across Arlington, I feel the greatest sense of community at the parade.” 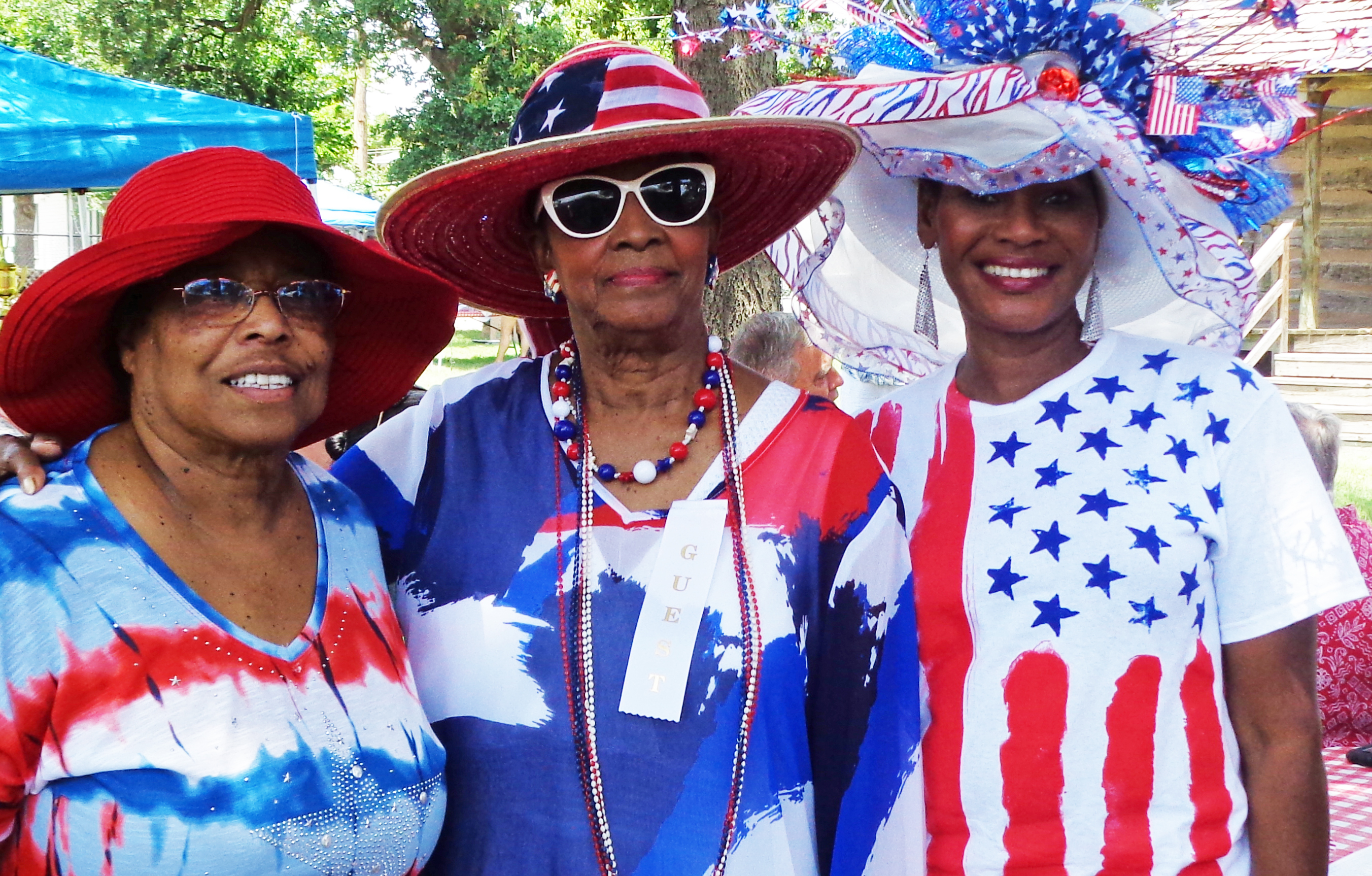 This year, the Association is continuing a tradition launched last year for the parade’s 50th anniversary: the Ruby Odom Patriotic Hat Contest, named for the wife of former Arlington mayor Elzie Odom. The contest offers prizes in several categories, and will take place immediately after the parade in Knapp Heritage Park, 201 W. Front Street, Arlington, 76011.

The Arlington 4th of July Parade starts at 9:00 a.m. on July 4, but any local will tell you to arrive early to claim your favorite viewing location. For a map of the parade route, restrooms, shuttle bus information, and a thorough FAQ, visit arlington4th.org.

What to bring, where to park and how to volunteer

As you plan for Light Up Arlington and the Arlington Fourth of July Parade, prep like you would for a picnic. Bring lawn chairs or a blanket, a cooler for snacks or beverages (no glass containers, please), sunscreen, hats and bug spray.

Free parking is available at UT Arlington and in any public lot in Downtown. Signs will indicate where side street parking is also permitted.

If you’re interested in volunteering at the Arlington 4th of July Parade, email info@arlington4th.org.

Tag @dtarlington and #authenticallyArlington when you tweet and post from Light Up Arlington #LUA2016 and the Fourth of July Parade @Arl4thParade. For other Independence Day activities in Arlington, visit the Arlington Convention and Visitor’s Bureau website.