Fire Department is Bringing the Heat with Upgrades, Thanks to Bond

Safety is a top concern for a growing city like Arlington, TX. When the historic $236 million bond measure was up for a vote in November, the package addressed projects to improve everything from walkability to park updates. Meanwhile, ol’ Fire Station 1 sat patiently on Main Street, waiting for its chance in the spotlight.

Fire Station 1 was originally built in 1954, about 60 years ago. It seems appropriate on this important anniversary that the station finally see some much needed updates. After having multiple spacing issues within the station to plumbing problems, the Fire Department decided it was time for an upgrade. Voters approved the bond package, and with that a $10 million overhaul of Fire Station 1 and a training facility, $5.3 million of which will go towards the station. The bond could not have passed at a better time; the station needed some tough love, quickly. 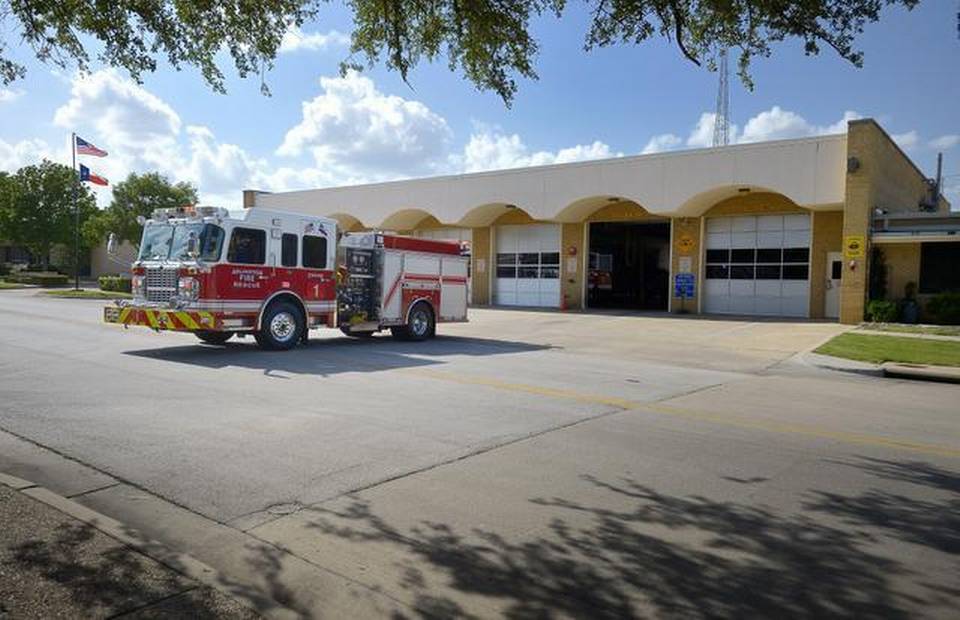 Photo courtesy of the Star-Telegram[/caption]

Usher in the Upgrades

The station has had five major remodels over the 60-year span, but none fixed the underlying problems. Efficiency-minded buildings with inviting entryways engage the community much more effectively than the old, shut-off brick structures popular in the 90’s. The station’s placement also proves difficult, as the trucks are forced to back into the dock from Main Street, instead of pulling into a loop driveway that many other facilities adopted. Fire Chief Don Crowson told Star-Telegram in October, “Station 1 is our oldest facility. We need a fire station downtown that matches today’s community needs.”

By using SUV’s to respond to medical calls, Station 1 is already doing what it can to promote efficiency. Stations 2 and 4 have the most fire calls, but Station 1 serves as a centerpoint for the entire department. Several important branches of the emergency response team are housed at Station 1, including a gas well response team, arson investigators and an explosive ordinance team. The station’s proximity to AT&T Stadium makes it an ideal landing spot for emergency situations. Clearly, the building serves the city in numerous ways, but the Fire Department looks forward to providing even better services to the residents and visitors of Arlington.

The Arlington Fire Department has a full-emergency response time just around 5 minutes which is pretty good for a sizable town. That’s just under the national recommended time. Besides training and improving employee preparedness within the department, Fire has a few ways it can give that time a shove in the right direction. The new looped driveway, or at the very least a driveway that doesn’t require backing in, will help. A building that offers more privacy for firefighters in their dorm rooms means a more fulfilling sleep and workers who perform their jobs with less error. And of course, a fire facility that is energy conscious saves everyone some tax money. A new look for Fire Station 1 is a welcome addition to our downtown community.

And with this entry, our series on the 2014 Arlington Bond Package comes to a close. We hope you enjoyed learned about some of the many improvements headed your way. If you are interested in learning more about the advancements about to take place, please contact the city through www.arlingtontx.gov. If you have input on how to make the city better through one of these projects, or a non-related matter, contact the city through www.speakuparlington.com. Follow us on Facebook and Twitter for more exciting insight to the future of Arlington, TX!