This fall, Downtown is rocking way more than lobster, although the B-52s appearance at the Levitt Pavilion’s annual benefit concert is sure to go down, down, down in the record books. There’s so much to do in Downtown that one article can’t cover everything. But we can give you a preview of some of the hottest tickets in town, plus tips for getting real time updates so you don’t ever miss a thing.

In addition to the performance by the “world’s greatest party band” on October 8, the Levitt Pavilion’s fall 2016 schedule ranges from pop, alternative and jazz to blues, country and funk. Don’t miss the crowd-pleasing, Celtic-inspired Killdares on September 23 in one of their final performances before they retire at the end of 2016.

Although this historic venue may have cut its musical teeth on country, today’s Arlington Music Hall (AMH) delights crowds with performances of every imaginable genre. This fall, where else can you see -- among others -- the Russian Grand Ballet performing Swan Lake, Sawyer Brown, The Charlie Daniels Band, Peter Noone of the Herman’s Hermits and an Abba tribute band?

AMH is also home to the celebrated Symphony Arlington, whose stirring 2016-17 season of classical music includes selections by Haydn, Beethoven, Mendelssohn and Mancini, to name just a few. Meanwhile, chamber music ensemble Timeless Concerts is hosting “An Evening in France” on October 21 at the Arlington Museum of Art.

Not to brag, but we think Downtown Arlington is the best place in DFW for musical theatre, particularly this upcoming season. Between Theatre Arlington‘s professional ensembles and UTA’s outstanding Maverick Theatre Company, you’ll be humming your favorite tunes from such hits as Theatre Arlington’s Guys and Dolls; School of Rock and Legally Blonde: The Musical and UTA’s Troupers: A Musical Vaudeville and West Side Story.

Non-musicals by Theatre Arlington and UTA’s Maverick Theatre Company are also sure to delight, including Theatre Arlington’s Blithe Spirit; Harper Lee's To Kill a Mockingbird; and The Complete Works of William Shakespeare (Abridged) and UTA’s The Miser by Moliere. Visit their websites for complete 2016-17 performance schedules.

In addition to the exceptional, on-going exhibits at Gallery West, Studio 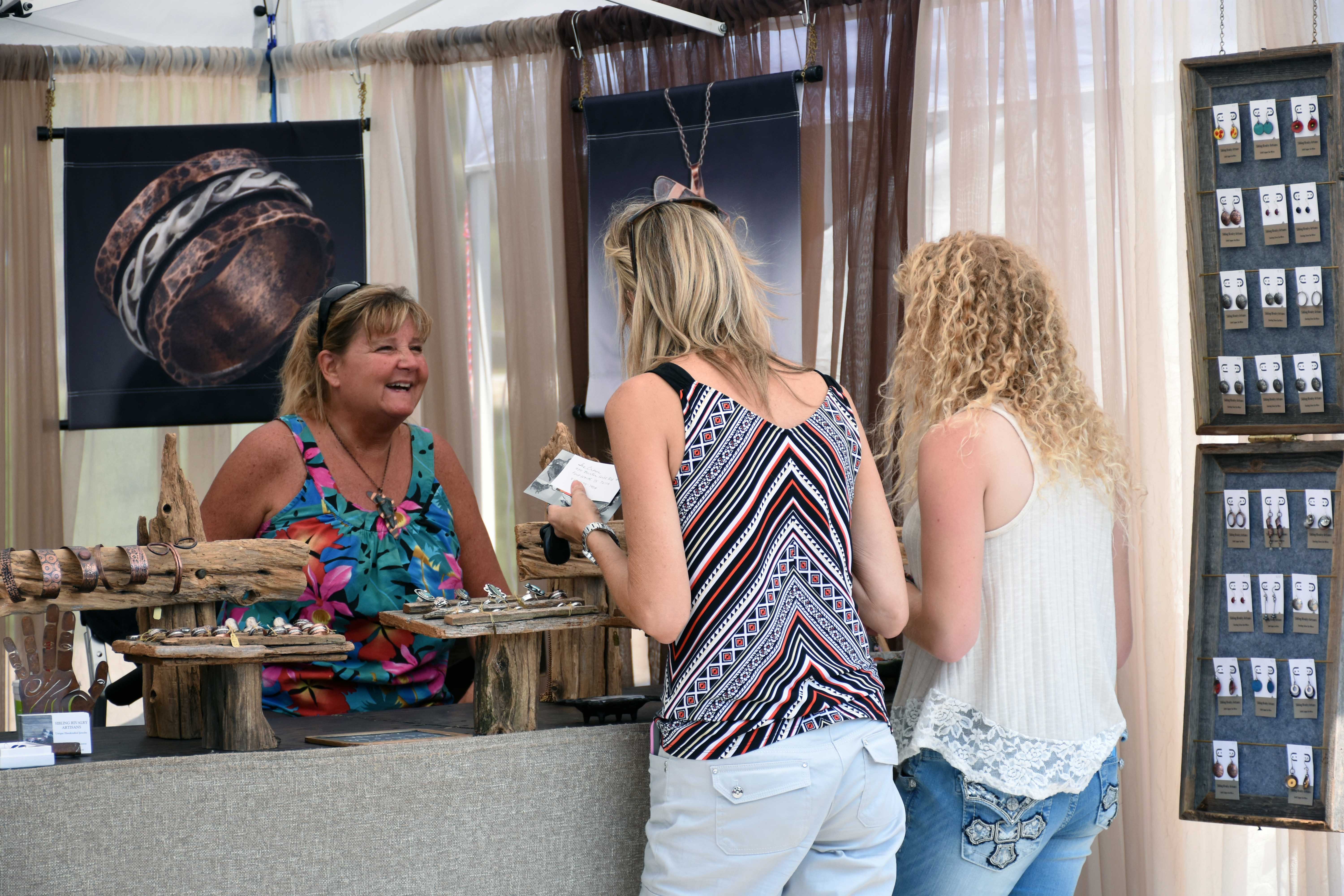 The annual South Street Art Festival is a free, 3 day festival featuring artists from across the country, outstanding local bands, a craft beer garden and the cool vibe of a downtown art festival.[/caption]

Located in the heart of Downtown, Miss Persis Dance Studio has been providing a variety of dance classes and performances since 1954, including Dance!Texas in January. The UTA Maverick Dance Company presents an eclectic program of dance every December and May.

A world-class research university, UT Arlington is a magnet for creative thinkers, inventors and change-makers. Throughout the academic year, faculty and guest lecturers – including Maverick Speaker Series headliners – provide thought-provoking presentations on today’s hottest topics. Visit the UTA calendar of events for the most up-to-date listing of public talks and demonstrations.

Ah, the fall sweet spot where MLB playoffs meet the NFL regular season. How convenient that Downtown Arlington is one short park-and-ride from the homes of the Texas Rangers and the Dallas Cowboys. Downtown Arlington is also a short park-and-walk to the UTA College Park Center where it’s nothing but net for our hometown UTA Mavericks and Dallas Wings. Maverick volleyball is already in full swing, while Maverick basketball tips off in mid-November. The Wings play their final home game of the 2015-16 regular season on September 11.

Don’t miss out on anything that our cultural partners have to offer! Subscribe to our e-newsletter for the latest in events, performances and entertainment in Downtown Arlington. Planning ahead? Visit our online calendar of events and download our printable Downtown Destinations Guide.

It's an exciting time in downtown, and as a result of new development and lots of construction, you’ll likely encounter some detours this fall. Be sure to consult the Downtown Arlington website for venue, street and parking information.

As you post or tweet about all of the amazing cultural and entertainment events you attend in Downtown Arlington, don’t forget the hashtags #authenticallyArlington and @dtArlington!