Eat, Drink and Be Shuttled (to AT&T Stadium) 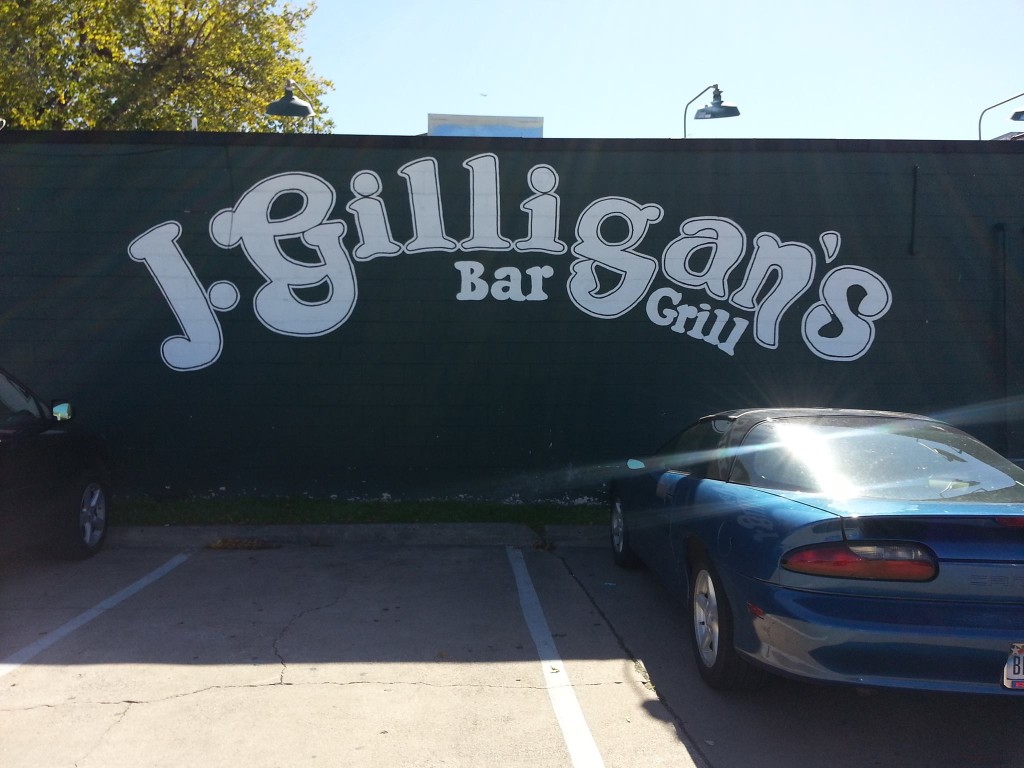 J. Gilligan’s is one of the oldest restaurants and bars in the area.  Sitting on the corner of Abram and St. Mary’s St, it is merely blocks away from the UTA campus and the new hangouts of Downtown Arlington.

The menu at J. Gilligan’s offers the traditional choices one might expect at a brew house.  Menu items include burgers, quesadillas, salads, sandwiches, etc…  The menu also includes their world famous Irish Nachos.  These nachos are claimed to be the “original” Irish Nachos and have been featured on the Travel Channel, consisting of natural cut cottage fries, melted cheddar cheese, bacon, chives, onions, tomatoes, and jalapenos.  What other toppings would you add to this world famous treat?

Drink specials are one of the most important factors when deciding where to spend the day watching the game or to meet up with friends and J. Gilligan’s has them.  Most days you can order a drink for $2.  College students as well as game-goers can appreciate the drink deals offered.

Bands are also featured on the weekends.  Dallas native country singer Zach Coffey takes the stage every Tuesday night, and every Wednesday night, J. Gilligan’s hosts an open mic night with Beryl Court.  Beryl Court is an Arlington band that mixes several music genres that they call “liquid rock.”  What local bands would you like to see at J. Giligan’s?

When I visited this bar on Halloween, the bar top was full, but it was obvious the people at the bar were regulars.  They were very friendly and exchanged smiles with the bartender working.  They put their dollar bills into the jukebox and yelled across the bar, “What song do you want to hear?”  They all seemed like they knew each other and were more than happy to smile and say hello to me.

The bartender, who was dressed as a “seniorita” with a Mexican pancho inspired dress and a giant sombrero, came out from behind the bar and offered to scoot her regulars down to make room for me and my friend.  It was refreshing to have someone so eager to make us feel at home.

About the blogger: Julie Queppet is a senior at the University of Texas at Arlington, studying Public Relations and Journalism. She is an avid traveler who loves photography and finding new places to hang out around the D/FW metroplex.