At “Crafting the Future,” Crowds Toast to the new Interurban craft beer collaboration, to Urban Art, to Builders of Dreams, and to a Bright Future for Downtown

On Saturday, Sept. 8, the Downtown Arlington Management Corporation hosted its 11th annual meeting at the Arlington Museum of Art, and it was cause for celebration on many fronts. 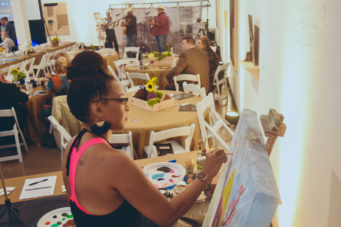 Crafting the Future: A Celebration of Vitality, Creativity and Innovation immersed attendees in a lively, art-filled experience designed to emphasize Downtown’s many strengths and growing momentum as an economic, arts, education and innovation hub.

“By holding the event on a weekend night instead of a weekday,” said Aldo Fritz, President and CEO of DAMC, “we highlighted a special side of Downtown Arlington’s personality. Downtown is designated by the State of Texas as the Arlington Cultural District, which means we’re a 24/7 destination of arts, culture and entertainment.”

The 2018 DAMC Annual Report, which was distributed at the event, highlights specific examples of this growing momentum as did this video celebrating the new Downtown Arlington Urban Art Movement. 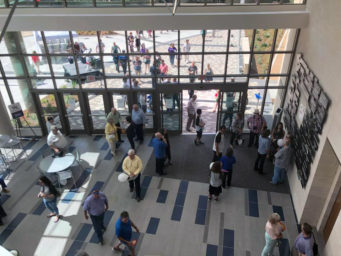 Fifteen new businesses and development projects were completed in Downtown since September 2017, including:

To request a copy of the 2018 DAMC Annual Report, contact Katie Gosa.

Unveiled: The 2018 Dream Builder and The Interurban Ale

“Through the Dream Builder award,” said Debi Knoblock, Assistant Vice President for Business and Community Engagement at Texas Trust. “we can shine a light on what is going on with the DAMC and highlight the people that are making Arlington the American Dream City.” 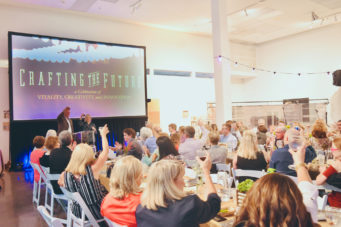 Tami Wadlington and Curt Taylor lead the audience in a toast to their Interurban craft beer collaboration in honor of Downtown Arlington.[/caption]

Tami Wadlington of Division Brewing and Curt Taylor of Legal Draft Beer Co., two locally-owned breweries within blocks of each other in Downtown, joined forces with DAMC and created their first-ever craft beer collaboration. Attendees at Crafting the Future were the first to taste the results. The name for the series, The Interurban brown ale, is an homage to the rail line that ran between Dallas and Fort Worth in the early 1900s with Arlington as the primary stop along the way.

The Interurban will be available at both Division Brewing and Legal Draft for a limited time. Ten percent of the proceeds from sales will provide funding for more public art and placemaking in Downtown through the Downtown Arlington Urban Art Movement.