The Grease Monkey Burger Shop and Social Club will be open two years this September and owner Greg Gardner hasn’t wasted any time making his mark on Downtown Arlington. It's a fast-casual burger shop with an open-outdoor bar and music venue with a garage feel.

"With the history of the car business here, it just kind of naturally happened", Gardner said.

The Monkey was created by Arlingtonites who either went to high school in Arlington or graduated from The University of Texas at Arlington. Managing partners consist of: Chad Fife, Shean Heitz, Jay Heitz, and Mark Kiefer and Paul Checkeye as the GM. Dedication to the community is the root of the Social Club and is mirrored after the Jazz clubs Greg visited with his wife, Sarah, in New Orleans.

"In New Orleans it is a neighborhood organization. They help out in the community, help people in need, have parties and music and events", Gardner said.

And that is exactly what The Grease Monkey does. They host in-restaurant fundraisers and will give 10% back to the organization. They've helped out churches like First Baptist Arlington and First United Methodist as well as schools in Arlington Independent School District. 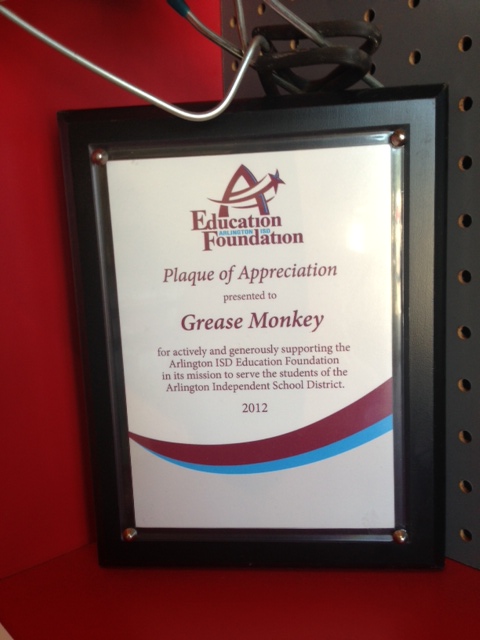 "Anything we can, we'll do. We're still new and we can't give a lot of money but we will do what we can," Gardner said.

This summer The Grease Monkey started the First Fridays concert series right here in Downtown Arlington. Greg is passionate about music and sometimes still jams out but he admits resonsibilities have gotten in the way.

"The music scene in Arlington is tough. I grew up going to see bands and there's always been talented musicians," Gardner said.

The competitve music scene hasn't stopped him from trying though. He gained sponsorships from various businesses like Moritz and even yours truly, Downtown Arlington. Our President, Tony Rutigliano, was instrumental in kicking off the summer concert series.

In two short years, The Grease Monky has certainly made a name for itself. Recently, The Fort-Worth Star Telegram named The Monkey as one of the contenders for the Burger Battle. Just to be a blip on Bud Kennedy's (@BudKennedy or @EatsBeat) radar is a huge accomplishment.

Next time you're heading out to a Ranger or Cowboy game, stop by, have a brew and burger, and ride in the gaudy yet awesome limo to your destination. It runs Friday through Sunday on game days and only costs $3. Doesn't get much better than that. 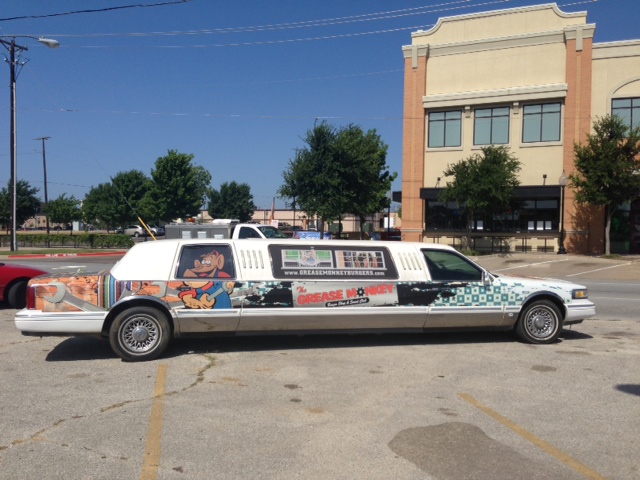 The Grease Monkey Burger Shop and Social Club is open: