The Arlington Museum of Art is making its way to the top as a respected, cultural destination in Downtown Arlington. The dedicated Executive Director, Chris Hightower, has lived in Arlington most of his life and credits his artistic passion to family members.

“When I was a young kid my grandmother used to take me to the museums in Fort Worth or Dallas. She helped spark that interest in art at a young age,” said Hightower.

Hightower took many art history classes while he studied history as an undergraduate at Texas Christian University. His interest was reignited as he revisited the art world.

“Part of my interest in the museum and what is going on down here is to make it more exciting for an upcoming generation,” said Hightower. 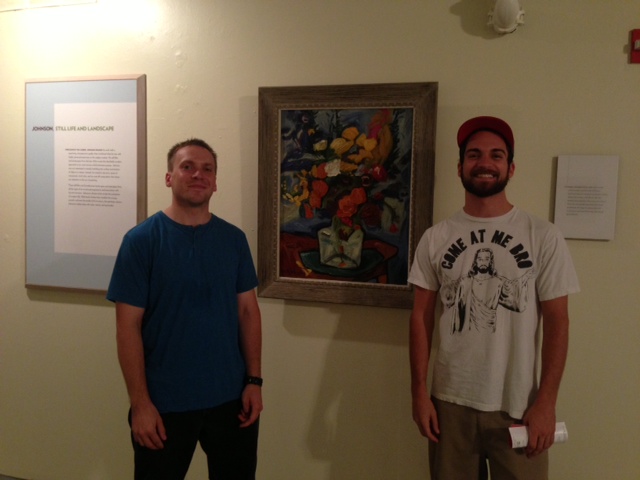 While interviewing Hightower, I ran in to two young men, Steven and Josh. They were in town from Austin for the Rangers game and wanted to check out the museum. Believe it or not, the Rangers bring in a lot of revenue for the museum as fans look for something to do during the day. The Women in Baseball exhibit, also from the Smithsonian, will be at the museum September 6, 2013.

“It says we have made it. We’ve established ourselves,” according to Higthower, in reference to the Smithsonian relationship.

Johnson’s work in conjunction with the Harlem Renaissance exhibit is one of the largest collections of African-American artists in North Texas.

The Harlem Renaissance is African-American art from around the 1920’s to the 1930’s, focusing on stories during the pre-civil rights movement. The renaissance helped shift the art focus from Paris to New York City. From Europe to America.

“I think the content of the images and the pieces are very powerful and meaningful to most of us in The United States. It is part of our history, our makeup, or DNA,” said Hightower. 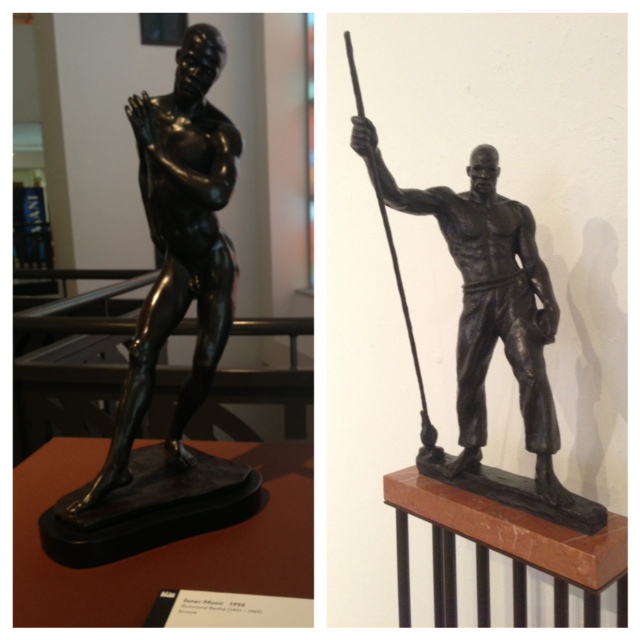 Both sculptures are by James Barthé. The sculpture on the left depicts a Michaelangelo style man while the man on the right celebrates the African American physique. The differences show the growing acceptance in the African American’s culture as they find their own identity.

Both the Harlem Renaissance and William B. Johnson exhibit run until August 25, 2013. I encourage everyone to take the time to see the evolution of African-American art.  Hope and confidence can be seen throughout the pieces as they strive to find their own voice and style.

The Arlington Museum of Art is open:

Admission is $8 for adults, $5 for students and seniors. Closed Mondays and major holidays.

Children 12 and under are FREE.