The City of Arlington selected artist Michelle O'Michael of Houston to create the iconic sculptures as part of the transformative Abram Street Rebuild through Downtown. The four towering woven steel sculptures, known as Flamme d' Illuminacion, stand between City Hall and Levitt Pavilion Arlington and welcome people as they arrive Downtown. At night, the silver towers are illuminated by programmable LED lights that can remain static, color sweep or flicker like flames and whose colors can be changed for holidays or special events.

O'Michael said she created the sculptures to add to the vibrant, welcoming atmosphere in the newly renovated public plaza near Founders Plaza, which hosts concerts, festivals, and other community gatherings.

"What I was working toward with the towers was for them to be cohesive with what was there and to stand out at the same time," she said. "If you sit there and look at them in the daytime, from a different viewpoints all the crossing points line up to form X's, at some points, you can see swirls, and from other vantages they look like infinity signs. They have a presence and there is an element of intrigue."

O'Michael affectionately refers to the four towers of Flamme d' Illuminacion as the daughters to a smaller, 12-foot lighted sculpture she created years ago that is known as Flame d' Espoire. The scale of the four towers presented some new challenges for the Texas artist, who had to rent an industrial fabrication space instead of using her Houston studio. The project took just over a year to complete, due to delays related to the coronavirus pandemic, she said.

At 40 feet and three and a half tons each, Arlington's lighted towers may be the largest woven steel sculptures, she said. The programmable LED lights mean that each tower can feature its own color patterns that flicker, sweep, rotate, blend and twirl.

"I think that they are really going to be a huge draw. You can bring your picnic and sit in the park at night and be with the lights. It's peaceful and meditative," O'Michael said. "I want people to have some beauty and place of comfort and a pleasant thing to look at."

The public art, the open lawn area and the new pedestrian amenities all contribute to an inviting community space that will draw people Downtown year-round, said O'Michael, adding that she was honored to be selected to create Flamme d' Illuminacion. "I think this is really going to benefit the city and I'm looking forward to watching that happen." 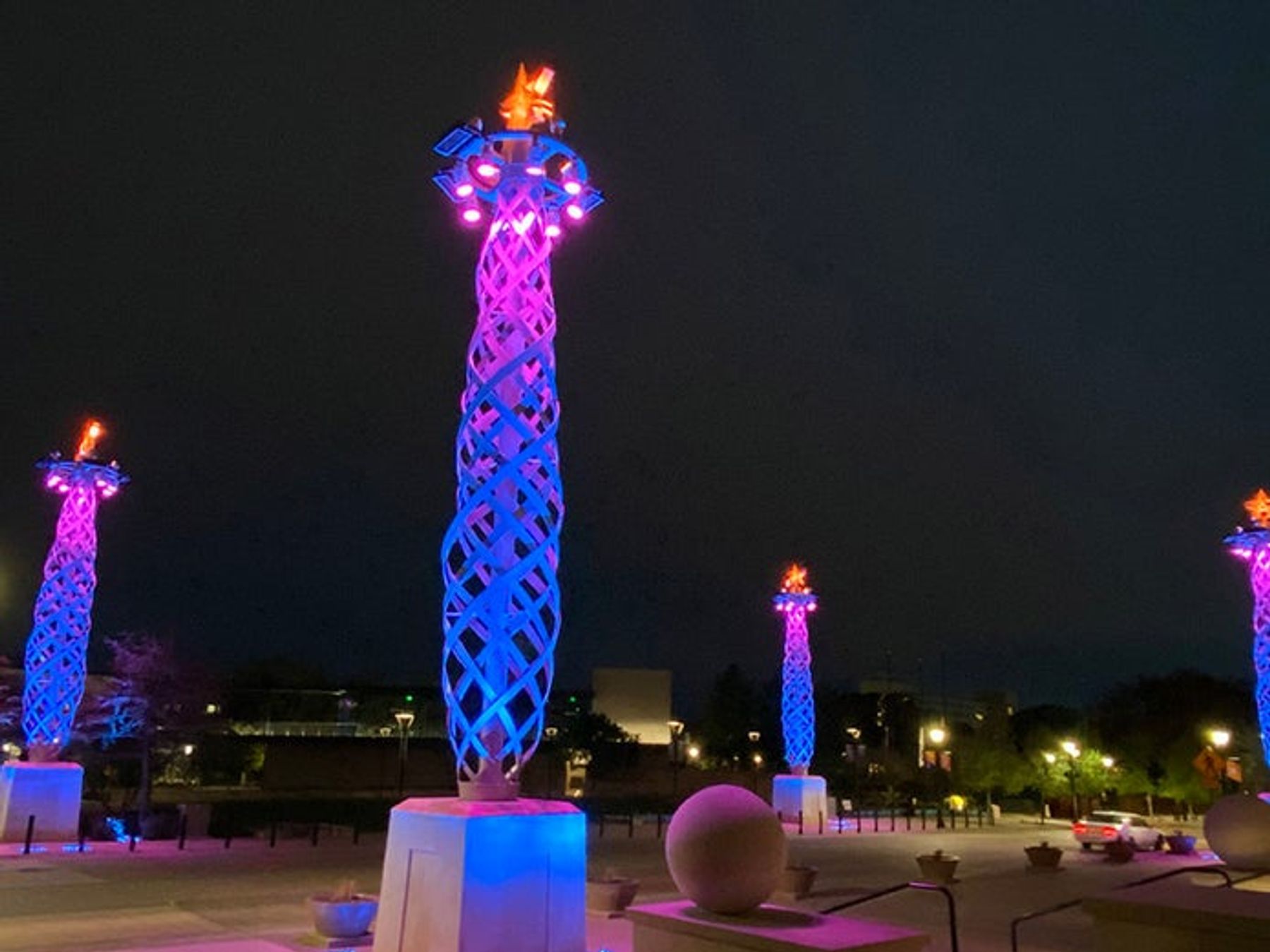