As your Super Bowl watch party gets going, be sure to crank up the volume for the pre-game show. Because even though the players on the field will be representing L.A. and Cincinnati, the soloist belting out the National Anthem will be representing our hometown and Mount Olive Baptist Church in Downtown Arlington.

That soloist, Mickey Guyton, has been grabbing headlines since late January 2022 when she became the first African American artist in history to earn a Grammy Award nomination for Best Country Album. The album’s title track, Remember Her Name, also landed her Grammy nominations for Best Country Song and Best Country Solo Performance. These barrier-bursting nominations are a credit to Mickey’s incredible talent, stamina, musical roots, and her ability to punch through racial stereotypes and return to her creative instincts.

Born in Arlington, Mickey Guyton had musical talent that was recognized and cultivated at an early age. She often performed in church choirs, most notably at Mount Olive Baptist Church. Mickey’s inspiration to pursue a singing career came when she saw LeAnn Rimes sing The Star-Spangled Banner at the start of a Texas Rangers ball game. 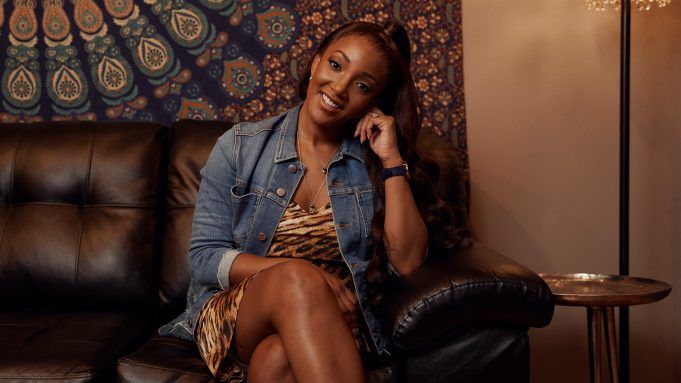 Mickey’s musical style may be steeped in country music, but what makes it her own is her ability to mix in influences of country, pop, gospel, R&B and hip hop. As Mickey developed her artistry, she enjoyed some early successes but faced many challenges in establishing her own identity. Finally, in 2019, she began writing music that reflected her struggles as a Black woman and country artist, including What Are You Gonna Tell Her? and Black Like Me. Her 2021 debut studio album Remember Her Name includes these two singles plus a re-recorded version of her 2015 single, Better Than You Left Me.

If ever there was a hometown-girl-makes-good story, this is it. So even if you’re not a football fan, flip on your television for a few minutes on Super Bowl Sunday. Trust us. You don’t want to miss a chance to see Mickey Guyton perform.

Mickey’s hometown church, Mount Olive Baptist Church, is located along the northern edge of Downtown Arlington. Widely recognized for its deep musical roots, Mount Olive also has a long history of Bible-based fellowship and a big heart for community service. 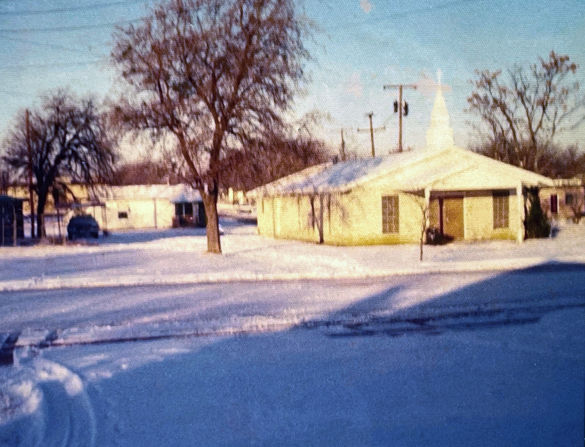 The congregation’s roots reach back to July 1897, when a Rev. Squires led a group of African American Tarrant County residents to create Mount Olive Baptist Church on Indiana Street near its present location. Later, the church moved to a white brick sanctuary at 415 North West Street, and in 1958, the sanctuary was rebuilt. In 1966, Rev. Dr. Norman Lee Robinson became the pastor for Mount Olive. At that time, the church had a membership of 17 people. Under his 50 years of leadership, the church grew to over 12,000 members, moved to its current location at 301 West Sanford, launched an extraordinary number of outreach programs, and celebrated its centennial in 1997.

Today, under the leadership of Rev. James P. Thompson Jr., Mount Olive Baptist Church continues to provide its members and the community a growing number of services including the non-profit Water from the Rock, which assists economically disadvantaged individuals, and Arlington New Beginnings, a housing complex to serve low-income seniors. For more information about the history of Mount Olive Baptist Church, visit their website.

Designated by the State of Texas as the Arlington Cultural District, Downtown Arlington is where creativity, authenticity, and hometown pride thrive and drive what's next. Within its less than a two-mile radius, Downtown is home to the University of Texas at Arlington, a Tier One public research university, plus prolific visual and performing artists and arts institutions, live entertainment, exciting NCAA and professional athletics, one-of-a-kind dining and retail, and a supportive business climate.