(Fort Worth Weekly, January 9, 2019)  High-dollar celebrity bars and restaurants aside, there’s been a food and booze renaissance in Fun City.

Having lived in Arlington off and on for 25 years means I’ve mostly had to drive west, sometimes east, in search of things to drink or eat. Until recently,  Arlingfun never had a downtown with brewpubs and cute locally owned bars. Downtown’s facelift started slowly over the past decade and came, not from high-dollar investors, but from a few people who had good ideas and a little bit of capital. Arlington now boasts two brewpubs and a host of independent restaurants and bars that sell craft beer.

In 2011, the Grease Monkey Burger Shop & Social Club opened next to what used to be the original Vandergriff car dealership. Arlington native Greg Gardner developed a burgers-and-bar concept where people could gather before or after a game. (Pick a sport.) The eatery is a little more than a mile from both stadiums, and Gardner offers a $5 shuttle ride to JerryWorld on game days. The bar is nothing fancy, but their $1.25 well specials on Wednesday nights (ladies’ night), along with the grilled cheese and fries from the late-night menu, make for an inexpensive and fun evening. 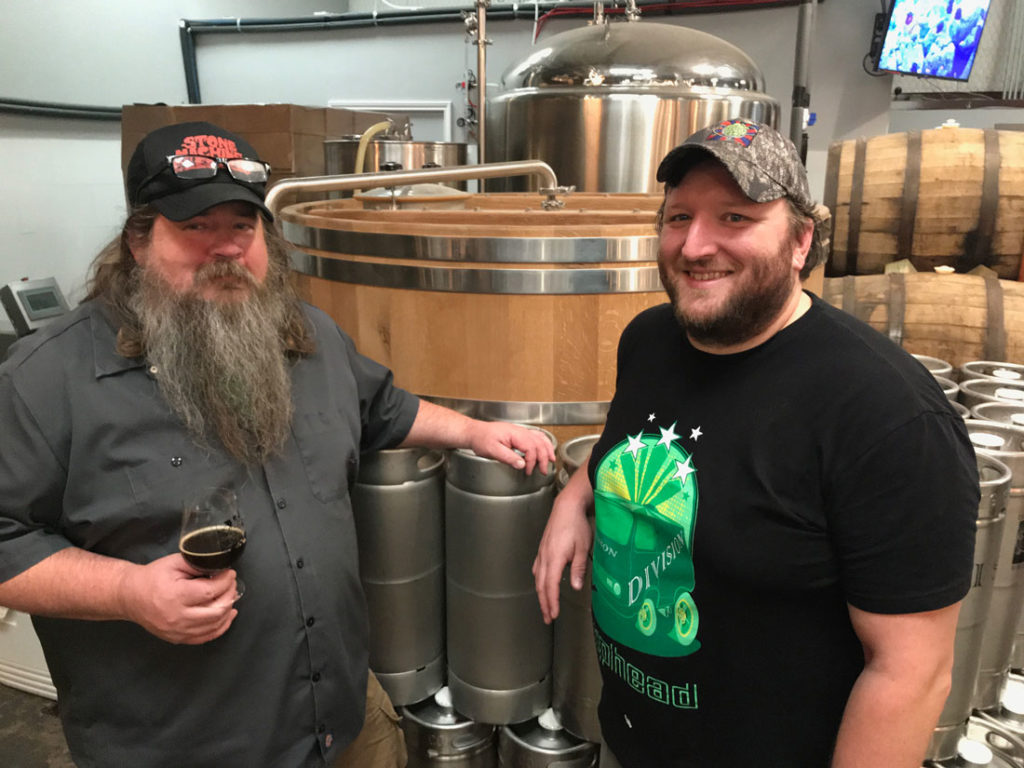 Three years ago, Division Brewing (which, confusingly, is not actually on Division Street) planted its flag on the eastern part of downtown, an area that’s always been dotted with used car lots and an alarming number of vacant buildings. The city’s first brewpub was not met with the kind of joyful PR noise and healthy incentives that were heaped on the $250 million Texas Live (currently half a dozen restaurants and bars that snuggle up to what will be the new Rangers stadium).

Brewery marketer Tami Wadlington said husband Wade Wadlington, who co-owns the place with Sean Cooley, entered the business after they’d been home-brewing beer for years. The brewery’s urban industrial exterior makes it easy to miss –– look for the “Beer Me Now” neon sign at the entrance. Inside, the décor is homey and rustic. The patio is plush with giant wire-spool “bartops” under the glow of twinkling lights. On Tami’s recommendation, I tried the Xmas Morning, a porter that was lighter than I expected. The coconut-toffee sweetness on the back end was unexpectedly delightful. The lighter, sour, slightly fruity Hair of the Bog was also a tart surprise – I prefer light beer, and the more sour, the better. 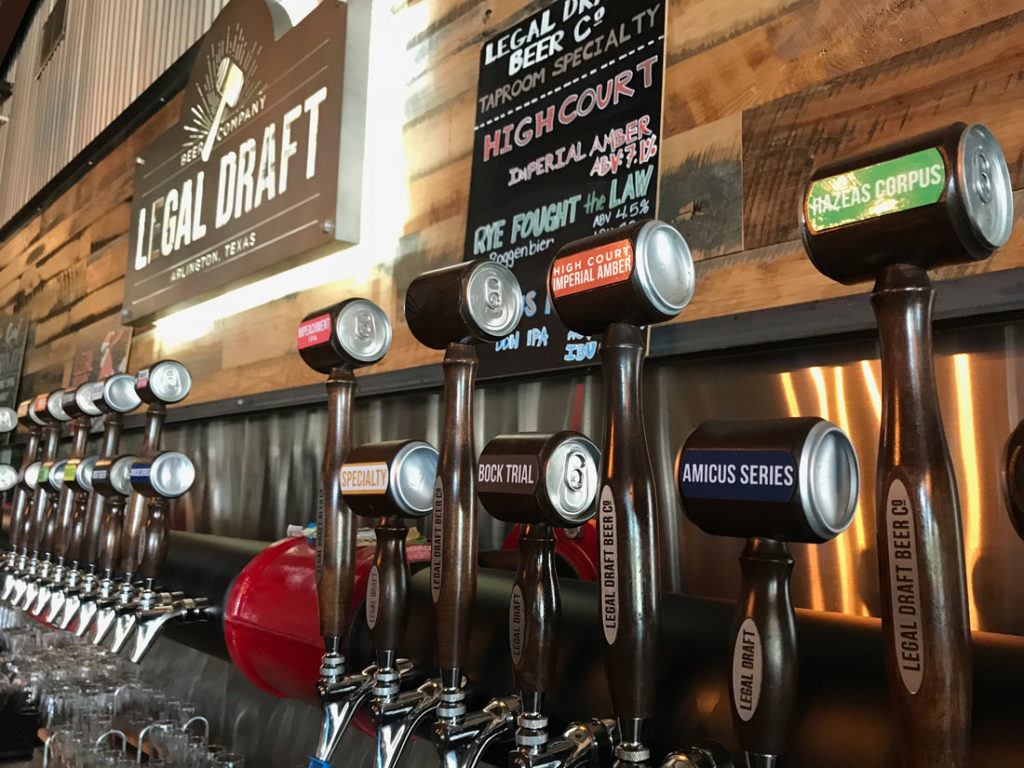 In 2016, Arlington’s second brewpub, Legal Draft Beer Co., set up shop within a mile of Division Brewing. Legal Draft’s taproom is gorgeous and flooded with natural light courtesy of floor-to-ceiling windows. The brewery offers half a dozen IPAs, a few stouts, some amber ales, and a good, robust seasonal selection. The two brewpubs in town aren’t really in competition – the breweries even collaborated on a brown ale, The Interurban.

The latter is a single room with a busy bartender slinging fancy craft cocktails, heavy on the rum and housemade fruit juice. The walls are covered in kitsch, the music is tropical ’50s jams, and the one small TV is probably going to be playing an Elvis movie when you visit. Drinks are gorgeously presented with flowers and fruit carved into adorable shapes. The Release the Kraken, a giant bowl of spiced and white rums, sweet orgeat syrup, and lots of citrus juice, all topped with orchids and a banana sliced in the shape of an octopus lounging as if it were in a hot tub, comfortably serves four.

Before you take your dollars down to Texas Live, consider checking out the real Arlington, where small, locally owned businesses are trying to compete with tax-subsidized chains and celebra-food. You’ll enjoy better food and drinks.

This story by Laurie Barker James was originally published in Fort Worth Weekly on January 9, 2019. Photos by Scott Latham.