Jana Holland, owner of Collected Treasures, has considered herself an old soul her entire life. At the age of six, Jana visited her cousin Alice’s Victorian home and was allowed to take home a gift. What did Jana pick? An antique clock that currently resides in her own home.

Before opening up Collected Treasures, Jana was a flight attendant for American Airlines. During 2001, Jana was diagnosed with breast cancer. Between the tragedy of September 11 and her diagnosis, she realized life was too short to not follow her dreams. She began selling her shabby chic items on eBay and opened up her store at 406 W. Main St. in 2004.

Jana is a one woman show. From running the business to organizing the shoppe to repurposing and sewing – she does it all. She enjoys taking furniture (or really anything), refinishing or reupholstering it and making it more than it ever was. Her vintage look and cottage, French feel shouldn’t be confused with your grandmother’s old school idea of antiques. Jana prides herself on taking mundane pieces and ‘upcyling’ them for an eclectic look. If she had to pick a favorite item to work with, she would choose textiles. She loves creating one-of-a-kind clothing out of unique lace pieces. No two designs are exactly alike and that’s what makes them special. 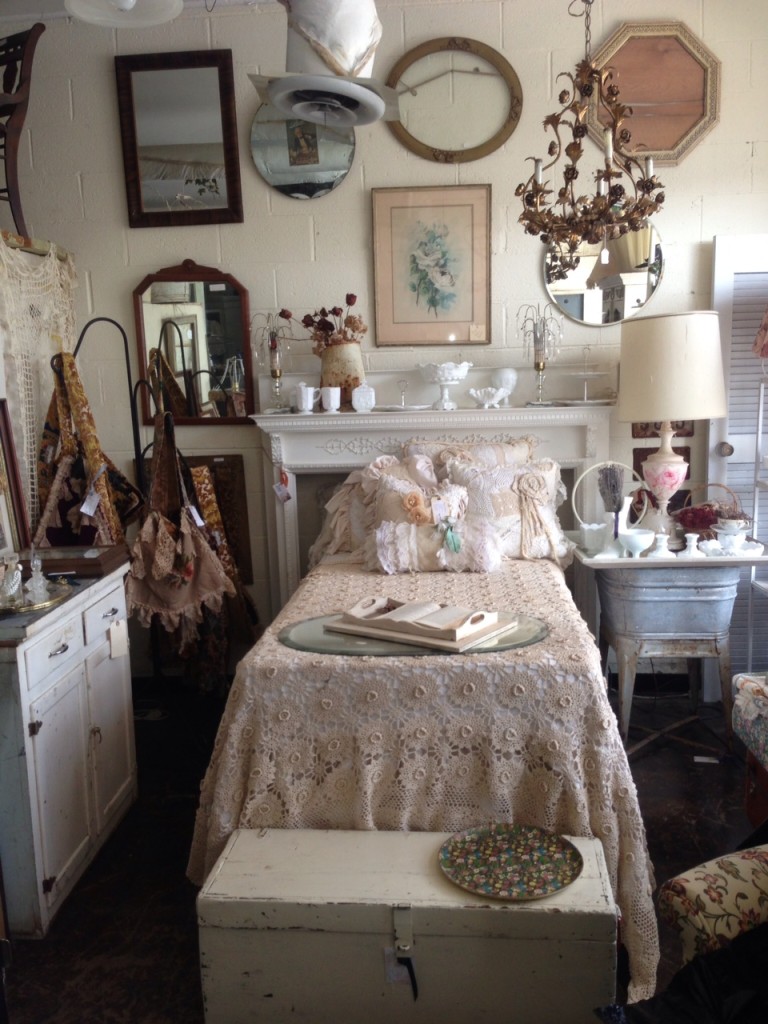 Collected Treasures is now in its 9th year in Downtown Arlington. Jana has been featured in numerous magazines like, Haute Handbags, Flea Market Style, and Somerset Home. She is a passionate entrepreneur and her work truly speaks for itself. Stop by and check it out. Don’t forget to say hi to her ‘Shoppe kitties’!