You have the right to be impressed: Legal Draft Beer Co.

One day in 2014, Greg McCarthy, Curt Taylor and several of their neighbors were hanging out on Greg’s patio, sharing a common fondness for delicious beer and places that make and serve it.

Wouldn’t it be great, someone mused, to open a brewpub?

Everyone agreed, likely toasted the idea, and moved on to the next topic. Except McCarthy. At that time, he was beginning to look beyond his successful career as a trial attorney, wondering what the next and likely final big venture would be in his business life.

“I began the process in earnest in the fall of 2014,” said McCarthy. “By spring of the next year, I announced to the same group of friends my intentions to open a brewery in Arlington. Curt shared the same dream and said ‘I’m in,’ not just as an investor but as a partner. By September we had formed our investment group and on December 22, 2015, we signed the lease on an ideal space in Downtown Arlington.”

Now, seven months later, Legal Draft Beer Co. is set to open on July 23, 2016. That’s record time for any start-up, but particularly so for one as multifaceted as developing, brewing, marketing and distributing an entire family of craft beers.

Throughout the facility, it’s hard not to notice the references to McCarthy’s past life. Just take a look at the 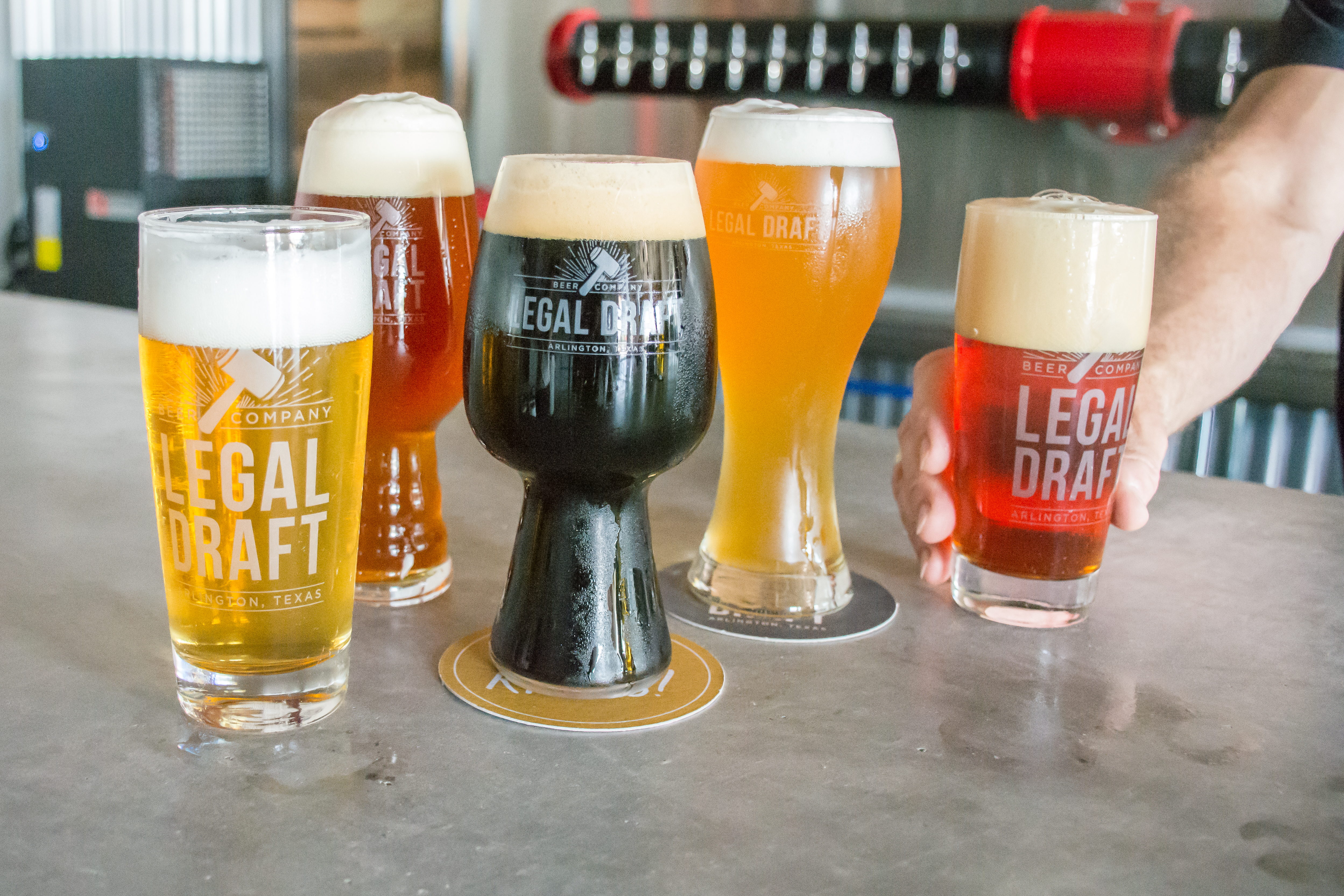 “We take making great beer very seriously,” said McCarthy, “but we don’t take ourselves too seriously.”

Brewing beer is indeed a serious and complex business requiring both breadth and depth of expertise. That’s why McCarthy and Taylor recruited Henryk Orlik to become their brewmaster. German born Orlik has been brewing beer in the U.S. for over 30 years, most recently at Big Bend Brewing in Alpine, Texas. “Henryk’s involvement has been indispensable,” said McCarthy.

The production facility boasts state of the art equipment with high capacity and room to grow. The adjacent taproom, which is air conditioned and spacious, leads outside to the massive patio and beer garden. Once regular hours are established in August, Legal Draft will be open every Thursday through Sunday for tours and tastings.

If you take a look at the team and their roles at Legal Draft, you’ll not only see more of that pervasive sense of humor but a core of family and friends. In addition to Greg’s wife Sherri, daughter Kelley, and close family friend Lauren Carter, who contributed the branding and design expertise, Legal Draft's team includes:

“For us, it’s been about the journey and the destination,” said McCarthy. “It began with wanting to make really great beer. We wanted to build a place that will not only be our launch pad to do that, but a place where people can experience and identify with what we’re doing. Over time, we hope to ramp up production so we can become a presence throughout Texas and beyond.”

Starting in August, hours are:

Hours may vary based on sporting events and private bookings.

The taproom entrance faces Front Street, one street south of Division. Parking is available all around the building and up and down Front Street.