Colonel Kearby stood guard outside the library, or at least his memory did. In 2010, the city of Arlington honored his service with a memorial statue in front of the George W. Hawkes Central Library. A new library is planned on the site, but requires the demolition of the surrounding area, so the statue was moved into storage for the time being. Since the memorial is hidden from view, it may be the best time to acknowledge why Col. Kearby was honored in the first place.

He comes from humble beginnings in Wichita Falls. In 1911, also the first year a plane successfully landed on a carrier vessel, Kearby was born. Quickly moving to Arlington, he attended Arlington High School and graduated in 1928, the same year Lindbergh flew across the Atlantic. Wanting to continue his education, Kearby then attended UTA when it was still North Texas Agricultural College, earning his degree and joining the military at the brink of World War II. 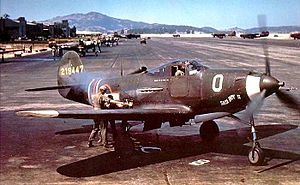 Kearby began his career in Panama flying P-39's, a low-altitude bomber plane. Earning aclaim, he was transferred to Massachusetts with a new title of "Major" to command the 348th Fighter Group. It didn't take Kearby long to achieve Lieutenant Colonel as he mastered the new P-47 planes. These newer models allowed for higher altitude flights, letting the pilots rise above the enemy targets and shoot from above. Tactically, this boded well for the 348th Fighter Group, and when Kearby transferred in 1943, he had 12 victories to his name.

Colonel Kearby arrived at the 5th Air Force Fighter Command for administrative work, but volunteered for duty whenever he could. W

hen he wasn't behind a desk, he was flying missions and racking up a victory count. By March 1944, Col. Kearby had 21 confirmed downings and one of the highest records on the Pacific theater. Unfortunately, his final kill would also take his life. In a climactic battle with Japanese aircraft, Kearby's plane "Fiery Ginger IV" was shot down. He was able to parachute out, but died from his injuries. Col. Kearby was buried in Dallas, and received a Medal of Honor for his service and sacrifice. 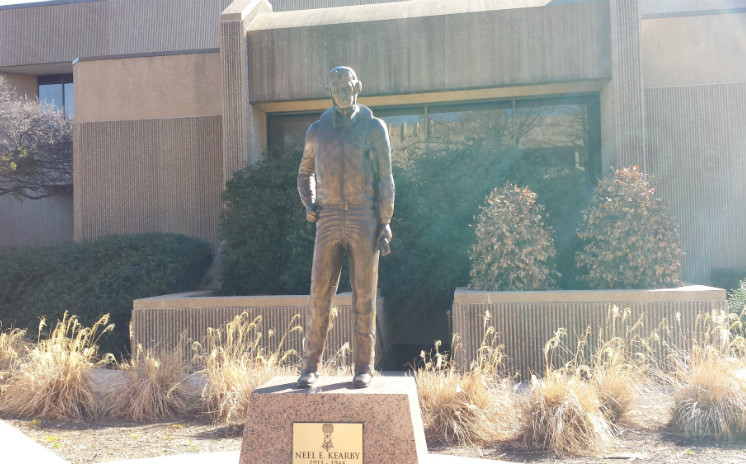 Throughout his illustrious career, Col. Kearby earned two Silver Stars, four Distinguished Flying Crosses, five Air Medals and the Purple Heart. As the only serviceman from Arlington to receive a Medal of Honor, the city felt he should be honored in a special way. The statue is holed away in storage for now, but once the new building is completed, Col. Kearby will be brought out to search the skies again.

Revision 3/11/15: An earlier version of this article incorrectly credited the 2015 Arlington Bond Package with the new library development. These events are not connected.