Opening the road to everyone: The Lone Star Half Marathon and Mayor’s 5K

As the American Dream City, Arlington is committed to opening doors. In 2013, when the founders of the Arlington Lone Star race were ready to turn over the reins of their signature race, they found their champion in a hometown girl, distance runner Shea Needham.

“I believe that the road is open to everyone,” said Needham, “whether you’re an elite athlete running a sub 5-minute mile, a middle of the pack athlete, a run/walker, kid, or an adaptive athlete. This is where the idea for the Lone Star race started -- a completive running event for every kind of athlete.”

Saturday, April 24, 2016 marks the fifth year of the Lone Star race in Arlington, and the third year of the half marathon. The race started out as a 5K/10K, and is now the only half marathon held in the city.

“My long term goal is to grow the race into the Arlington Marathon,” said Needham.

Racing for a cause

The Lone Star is open to all runners including adaptive/wheelchair athletes and traditional runners, families, children and teams. Proceeds from the race will help the Arlington Independent School District (AISD) build an adaptive sports program.

“Three years ago, UIL opened up track and field divisions to wheelchair athletes,” said Needham. “Students can now compete on their high school teams in 100 meter, 200 meter, and shot put, which is awesome for the student athletes, but the equipment is expensive. A single racing wheelchair costs around $3,000.”

Runners will truly get a tour of The American Dream City during the Lone Star Half Marathon. The race starts and finishes at the Levitt Pavilion in Downtown Arlington. The course heads north to the Entertainment District, through Lincoln Square, past Texas Health Arlington Memorial Hospital, south on Fielder, then loops around the UT Arlington campus. The Mayor’s 5K winds through the east side of campus. Needham expects total attendance to top 1,500.

“There are so many great things happening in Arlington and in particular in downtown,” said Needham, “including new restaurants and microbreweries, public art, the growth of the university. We’re showcasing that through the courses.”

In pursuit of her dream to turn the Lone Star into “Arlington’s Race,” Needham is tireless in rallying the community. Last year, she asked the Mayor and the City of Arlington to partner with the event and the Mayor’s 5K was born.

“That partnership has been beyond amazing!” exclaimed Needham.

United Healthcare is title sponsor for the race, Texas Health Arlington Memorial Hospital is the medical sponsor, and HealthSouth Rehabilitation Hospital of Arlington and Baker Orthotics & Prosthetics are also on board. Hundreds of volunteers support her race team of two: Needham and her assistant race director, Josh Conner.

The Lone Star Half Marathon and Mayor's 5K takes place on Sunday, April 24, 2016 at 6:30 a.m. Registration and more information can be found here.

Since Needham’s vision is to someday bring a full marathon to the American Dream City, we asked her to share her most memorable marathon experience. She recalls her first marathon, the Marine Corps Marathon, held in Arlington, VA and Washington, D.C.:

“From mile thirteen to mile fourteen, which is the half-way point, they stake signs -- one right after the other -- of fallen soldiers. It reminds you that it’s about to get hard from here but you can’t give up. Then you hit the mall, and you see the United States Capitol in the distance. It’s an uphill finish. The marines are cheering for you to ‘take the hill.’ When you reach the top of the hill into the finisher chute, you see the Iwo Jima Memorial and a marine puts a medal around your neck as they all say, ‘Thank you for running.’” 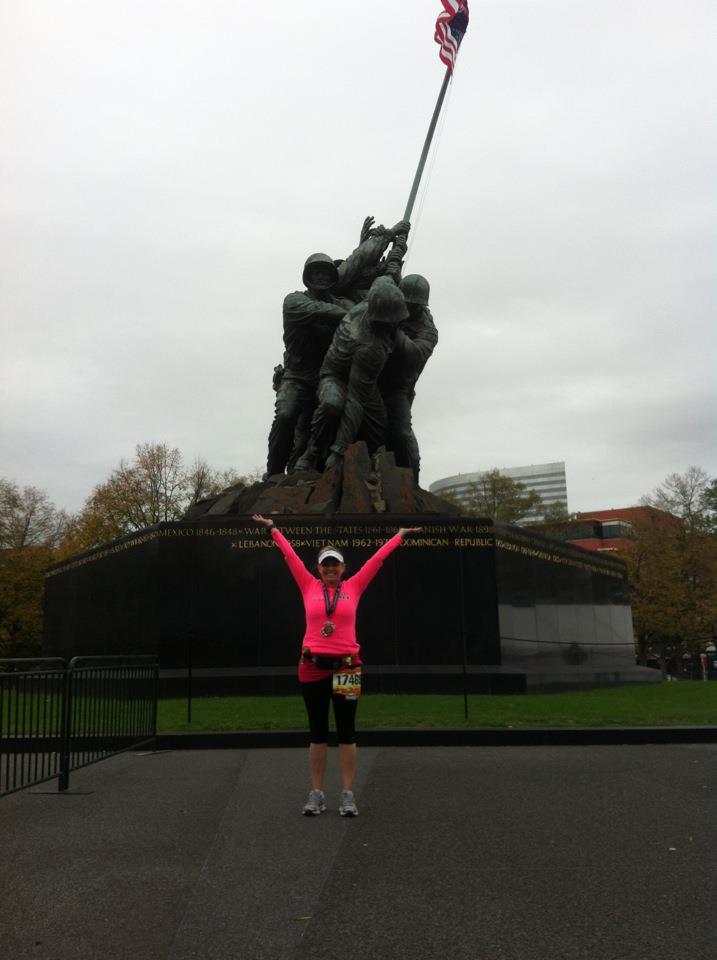