ARLINGTON, Texas (January 31, 2018)  After nearly 17 months of construction, two major projects that will transform the face of Downtown Arlington are nearing completion.

The $34 million Downtown Library is on target to complete construction in February. Installation of the furniture, fixtures, and equipment is scheduled to take place during the spring. A grand opening celebration is scheduled for June. 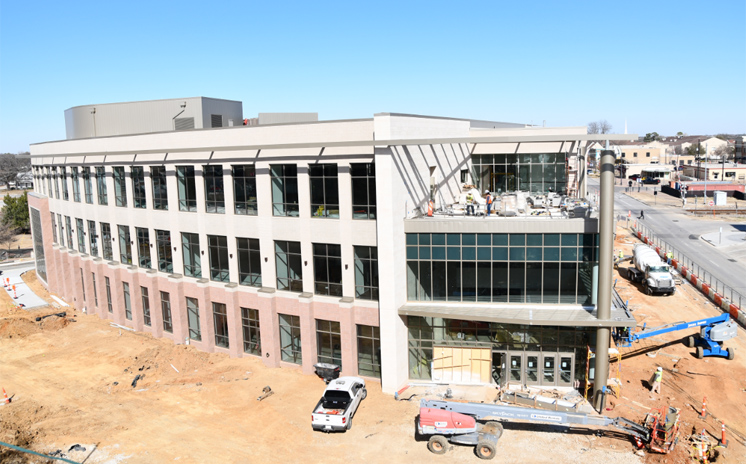 The three-story, 80,000-square-foot facility sets a new standard for public programming tailored to meet the needs of a growing and diverse population.

The second project, a 6,500-square-foot City Council Chamber, is also nearing completion. The first City Council meeting in the new chamber, which replaces a 35-year-old facility, is scheduled for Tuesday, March 20.

Several adjacent projects are under way in anticipation of the Library and Council Chamber’s grand openings:

Read the full story on MyArlingtonTX.